A yoga company has agreed to settle claims of unfair wages and failure to meet minimum wage obligations for $1.65 million, according to Bloomberg, which detailed the proposed settlement. 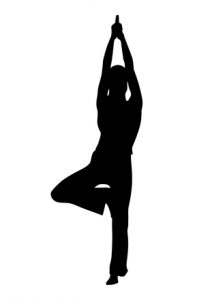 The case, before the California Northern District Court in San Francisco, stemmed from allegations by students that they were paid to clean the studios in exchange for free or discounted memberships.

The situation sheds light on how “bartering” can be inherently unfair to one side, and also legally pretty tricky. There is no provision of state or federal law that allows companies to draw up minimum wage obligations with in-kind payments, like the ones extended by this studio. Employees must be paid at least the minimum wage.

It’s unclear the exact number of students who will be affected, because attorneys need to sort through two overlapping groups: Those who received discounts for their work and those who received free memberships. It’s estimated the deal will affect some 11,700 students, who will divvy up a total of $993,000 (with the rest going toward court costs and litigation expenses).

The primary plaintiff in the case said yoga students were denied wages, but instead given free memberships, in exchange for two-to-three hours a week of cleaning duties.

Later, the company replaced that model with a program that paid members $9 to work a 90-minute shift. However, most of those wages were then withheld, and they were required to apply it toward the purchase of the discounted program.

These practices were dubbed “Yoga for Trade.” It may seem on the surface like a decent new-age kind of agreement. But both practices, students in the program  – who were actually acting as employee in the course of their cleaning duties – were being paid below minimum wage standards as set by both state and federal minimum wages laws. In fact, these practices violated numerous California labor laws, as well as the state’s unfair competition statute.

Payments to individual students aren’t likely to amount to much – a few dollars here and there. However, one has to keep in mind the primary plaintiff who was actively involved in the class action litigation receives more. The greater benefit in cases like these is to deter this kind of action from employers in the future.

Although it’s not unusual for businesses – small businesses in particular – to have enthusiastic family, friends or even customers who want to help the business take off, business owners need to be careful not to run afoul of state and federal labor laws. Generally speaking under the Fair Labor Standards Act, individuals can’t volunteer for a for-profit private company. The only way they can do so is if it somehow benefits the employee. One example would be an unpaid internship. However, the value of the product used as compensation has to be at least the number of hours worked in comparison to minimum wage. The U.S. Department of Labor exempts companies making under $500,000 from these requirements, but there are some exceptions and state law with which to contend.

If you believe you may have been compensated unfairly for work you performed for a company, contact our offices.