What started as two delivery drivers fighting for their employee status has blossomed into a landmark class-action lawsuit that could have a major ripple effect on employee classification in California and the gig economy in general. In the case of 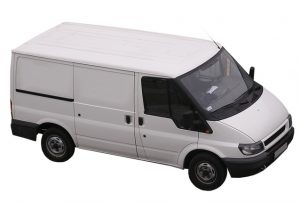 Dynamex Operations West, Inc. v. The Superior Court of Los Angeles County, et al, the California Supreme Court upheld the lower court’s decision that classified a class of delivery drivers as employees rather than independent contractors, as Dynamex had been classifying them. The ruling sets a new precedent for guidelines necessary to determine a workers’ classification that expands the definition of “employee” broader than current standards, according to National Law Review.

The ruling supersedes another made by the court in the case of S.G. Borello & Sons Inc. v. Department of Industrial Relations in 1989, which established a multi-faceted test based on how much control or autonomy an employee had in regards to the company. The new three-point standard, or the ABC standard, established by the ruling is a more commonly used method that simplifies the determining process, but also broadly increases how many workers would qualify as employees across the board. The first point (A) is in line with the previous precedent, in that it speaks specifically to workers functioning outside the control of the employer for the performance of the work; B) worker has other regular work outside the company in question; and C) that they work in an occupation, trade, or business that is independently established. Under these rules, the Supreme Court sided with the former opinion that these drivers should be classified as employees, with all the benefits that come with that. “Employee” has become defined as “all workers who would ordinarily be viewed as working in the hiring business,” according to the CA Supreme Court ruling.

In the current “gig economy,” where more and more companies are seeking ways to cut employee costs by outsourcing work to contractors, the question of what constitutes an employee requires a clear answer now more than ever. Businesses like Dynamex offer nationwide same-day delivery services. To make this possible, companies with similar models require a large and very flexible working pool to be available whenever needed. While customers are willing to pay for speedy service, companies are often not willing to pay the workers that make it possible. As our Los Angeles employee misclassification lawyers can explain, employees receive a great deal more benefits than independent contractors, such as payroll taxes, Social Security, worker’s compensation insurance, as well as perks such as vacation, sick time, and health care. That means, even if company managers pay an independent contractor the same hourly wage as a full-time employee, they stand to save a significant amount of money. Employee classification also offers some meaningful day-to-day benefits, such as receiving minimally required meal and rest breaks, minimum-wage related rules, and a cap on hours.

We have entered a new world in employment law under the rapidly expanding gig economy. But that doesn’t mean you have to just accept whatever you are given and let corporations walk all over you. Our employment attorneys are staying on top of the latest laws and case rulings to make sure we are prepared to take your case to the next level.