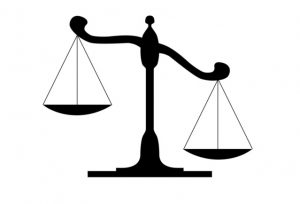 nearly every industry. From Hollywood sets to corporate offices to government buildings, women are coming forward to put a stop to harassment. Even respected, high-profile leaders are coming under scrutiny as accusations surface regarding what happens behind closed doors.

One such case has paved the way for the U.S. 9th Circuit Court of Appeals to create a committee, consisting of an employment lawyer and four judges, that will review workplace conditions and recommend any necessary changes to better protect workers.

While never cited directly as the reason for the committee, its creation came on the heels of numerous sexual misconduct allegations against 9th Circuit Judge Alex Kozinski. The committee was formed Dec. 17, 2017, and Kozinski retired the next day, according to a report from the Los Angeles Times.Our Los Angeles sexual harassment lawyers see this committee as an excellent step forward. Strong policies mean nothing without safe channels by which victims can report misdeeds and harassment. We hope by thoroughly examining current structures, the court can also avoid future harassment from happening in the first place.

Six women, including law clerks and junior staffers, turned to the Washington Post in December with accusations against Kozinski. One of the clerks said they were bound to strict confidentiality rules in the judges’ chambers. These rules stifled their ability to report inappropriate interactions to anyone outside of their staff. The women allege Kozinski groped them, made lude comments and shared pornographic images against their will.

Another clerk recounted a story in which she claims Kozinski made comments in front of a group of other clerks during a reception suggesting she should exercise naked. Witnesses who spoke to the Post allege that while others attempted to steer the conversation back on-topic, Kozinski continued dropping uncomfortable comments about the clerk being naked.

This isn’t the first time Kozinski has come under scrutiny. The Los Angeles Times uncovered in 2008 that Kozinski distributed crude jokes through an email list and also ran a website that included pornographic images that were accessible to the public. It was determined at the time that the judge’s actions were that of carelessness in protecting what was intended to be a private server. Kozinski apologized and said he would stop sending the jokes as well.

Chief Judge Sidney R. Thomas, who is responsible for forming the committee, said there are “many effective procedures” already in place to manage problems in the workplace. But he acknowledged it was time to thoroughly examine policies to ensure clerks and staff have a better means of communication for a safe and productive work environment.

If you’ve witnessed harassment at your place of work or have been the target of harassment, our legal team can assist you in building a case. We can navigate confidentiality agreements and help protect you in case of retaliation.