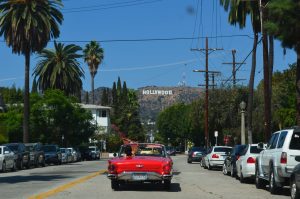 As our Los Angeles sexual harassment lawyers can explain, the complaint stems from a sexual harassment claim under California Civil Code section 51.9. This allows for claims of sexual harassment that occurs between people who have a business, service or professional relationship wherein the defendant holds himself/herself out to be able to help the plaintiff establish a business, service or professional relationship with defendant or third party. These can include doctors, lawyers, estate trustees, landlords, teachers, elected officials, lobbyists, directors/producers or any substantially similar relationship. In order to prevail in such a claim, plaintiff needs to show defendant made sexual advances, solicitations, requests, demands (or engaged in conduct of a sexual nature or hostile based on gender) and the plaintiff has or will suffer some economic loss as a result of that conduct.

Judd’s case appears to fit the bill, but a lower court had dismissed it, siding with Weinstein’s arguments, which were that the traditional power balance might be flipped in some scenarios and that there was not a professional relationship at the time of the alleged harassment. The question of whether the relationship between the two parties was an employment relationship outside the purview of that statute is a question for the trier of fact (the jury). The case was remanded for further consideration.

According to court records, the producer invited the actress to a breakfast meeting in a hotel in Beverly Hills sometime in late 1996 or early 1997. At the time, Judd was a young, aspiring actress in the early days of her career. She’d landed a small role in a film produced by Miramax – owned by Weinstein. These kinds of meetings – general, for business development, not for any specific role – are fairly common in Hollywood. A meeting with Weinstein could pay off if he later met with a director looking to fill a particular role.

When Judd arrived, however, the meeting was not in a hotel conference room or dining area, but rather in his private room. He opened the door in a bathrobe, and she soon realized there was no one else there with them. He allegedly asked for a massage and then if she would watch him shower. She declined, and hurried out, explaining to close friends she feared he was going to physically attack her.

It might have seemed as if she’d dodged a bullet by avoiding a sexual assault, but it was only years later she would learn how her career had been impacted by her refusal to engage with him. The director-producer pair of the blockbuster Lord of the Rings series expressed enthusiasm to Weinstein about casting Judd in a prime role, for which she had already interviewed. But Weinstein told them Miramax had a “bad” experience with Judd and that she was a “nightmare” to work with. They were advised to avoid hiring Judd “at all costs.” So they did. She didn’t get the part. That and subsequent Lord of the Rings movies went on to have wild success. Judd didn’t learn about why she was not cast until the director of the films gave a public interview about it in 2017. She filed her sexual harassment lawsuit in 2018. (The fact that she was unaware of what had occurred until 20 years after the fact is the reason she is able to still proceed with the claim so much later after the fact.)

Weinstein’s attorneys say he denies the charges, and point to other films for which his production company hired her.

In reinstating Judd’s lawsuit, the appellate court found that:

In an amicus brief, the Screen Actors Guild-American Federation of Television and Radio Artists stated there continues to be a small number of top executives and producers in the industry who can “make or break” one’s career in the entertainment industry, which is built largely on relationships and who you know. These “gatekeepers” have considerable power.