In the first AB5 enforcement lawsuit over California wage and hour violations, the state labor commissioner alleges that a gig-economy car wash company in Southern California is breaking the law by misclassifying workers as independent contractors when in fact they are employees. It’s the same argument that has been made in numerous employment lawsuits against gig economy giants like Uber and Lyft. 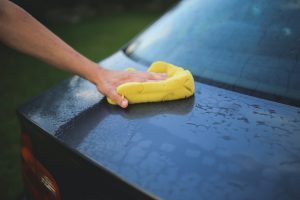 As our Los Angeles employee misclassification attorneys can explain, this issue has become so problematic because employees who are wrongly classified as independent contractors lose out on a host of employment benefits, including minimum wages, overtime, health insurance, tax breaks and underpayment of things like Social Security, Medicare, etc.

The defendant in this action, MobilWash, uses an app to offer on-demand car wash and detailing services. Customers can order the services, pay for them and provide a tip all through their phone. Workers use their own vehicles and supplies, go to the customer’s vehicle and provide the cleaning services. They must purchase their own uniforms, insurance, cleaning equipment and supplies and gas. Workers are not reimbursed for travel time or business expenses – as they would be if they were employees. Further, the company charges a $2 transaction fee for every tip the workers receive, something the labor commissioner says is illegal.

Recently, the Orange County Register editorial board posited that if the arrangement wasn’t working for those involved, it wouldn’t be successful. The labor commissioner says that’s not a solid legal argument, and that if a worker puts in 10 hours daily for six days each week, they’re entitled to more than $1,500 in weekly wages (which includes minimum wage plus overtime), something they aren’t receiving. The board argued that such companies are never going to operate like traditional factories, with workers spending 10 consecutive hours daily, clocking in and out, when the whole concept of the service is being on-demand.

The ABC Test of Employee Misclassification

The 2019 law was designed to codify a 2018 California Supreme Court ruling, Dynamex Operations West, Inc. v. Superior Court of Los Angeles County. To determine whether a worker is an employee or an independent contractor, courts consider whether they are free of control from the hiring entity, whether they perform work outside the company’s usual business and whether they engage in a trade or occupation that is independent. This test of factors is called the “ABC Test.”

Earlier this year, the state attorney general, along with a group of city attorneys, filed litigation against rideshare companies Lyft and Uber for allegedly wrongful classification of drivers as independent contractors as opposed to employees, citing AB5 and the ABC Test. Those two companies, along with a food delivery service called DoorDash, are supporting a ballot initiative this election year that would effectively exempt them from the state law. AB5 does exempt certain industries, companies and workers, but not rideshare services.

Wage theft and unfair competition due to unfair business practices are violations of state law that are investigated by the state labor commissioner’s office as well as the California Department of Industrial Relations’ Division of Labor Standards Enforcement.