Female janitorial workers – particularly those working the night shift – have long been fighting for safer workplaces. Specifically, they have sought protection from the scourge of sexual assault. 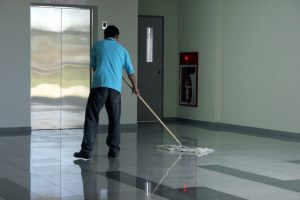 In 2016, a janitors’ union representing some 25,000 workers in California expressed shock when a survey of 5,000 janitorial workers revealed the majority of its membership were either:

Prior to that revelation, the union had been more focused on fighting for fairer wages and overall better working conditions for cleaning crews. Sexual harassment wasn’t really on the radar, despite the fact that janitorial workers had been trying for years (long before the #metoo movement) to compel their bosses, industry leadership and politicians to hear them – and take action to protect them. Orange County sexual harassment lawyers know these workers have led hunger strikes, marches and demonstrations throughout the Golden State for years, fighting for someone to address these problems.

Then last year, the documentary Rape on the Night Shift (a joint project by The Center for Investigative Reporting, Univision, UC Berkeley’s Investigative Reporting Program, FRONTLINE and KQED) shed even more light on this serious and pervasive problem. Janitors described time and again supervisors who exploited them in the solitude of the night shift. In some cases, workers were outright sexually assaulted – yet employers repeatedly turned a blind eye.

Rape and sexual harassment have always been under-reported, and the problem is significantly worse for janitorial workers who are often at a marked socio-economic disadvantage with few companies extending resources to help them address it.

Now, several states – including California – have made some progress with regard to meaningful action. Last year, California lawmakers approved AB-2089, requiring janitorial companies conduct biennial sexual violence and harassment prevention training as a condition of obtaining the registration they need to stay in business. That measure went into effect Jan. 1, 2019.

Additional requirements and specifications for training and certification of janitorial companies were outlined in AB-547, recently signed into law. While sexual harassment training is often conducted by a lawyer, outside consultant or the company’s own human resources department, AB-547 ensures janitors employed at building service contractors get their sexual harassment training in-person by a team that will include both current and former janitors – workers who have been in their same shoes.

The hope, supporters say, is that janitorial workers (often minorities, women and immigrants/those for whom English is not their first language) will find the lessons more impactful because they are coming in part direct from someone they can trust and who understands the unique challenges and dangers. Not only that, but consultants and HR representatives have a clear bias. They’re working on behalf of the employer – not the victimized workers.

The changes go into effect at the start of next year.

California isn’t the only state trying to address this issue recently. Earlier in this year, Washington State lawmakers passed a measure mandating businesses provide so-called “panic buttons” to any worker who toils in isolated areas.

If you are a janitorial worker who has been victimized by sexual harassment or sexual violence at work in Orange County, we can help you review your legal options.

‘We lived it’: nightshift janitors lead fight to prevent sexual assault on the job, Oct. 3, 2019, By Michael Sainato, The Guardian