Several former chicken plant workers are suing more than a dozen processing businesses, subsidiaries, affiliates and consultant companies, accusing them of conspiring to keep wages and benefits low for workers, overwhelmingly immigrants. The employees filed the wage and hour lawsuit on their own behalf, though the case could eventually encompass thousands of workers if approved for class action status. 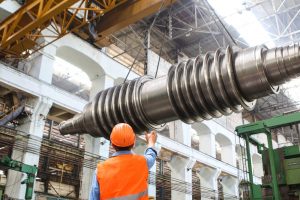 Employee wage and hour attorneys understand the defendants include some of the largest chicken companies in the U.S., responsible for production and processing of some 90 percent of chicken sold in the country.

The federal lawsuit alleges the companies took turns paying for annual, secret gatherings of their respective representatives in Florida to share with each other wage and benefit information – which they then used to fix those wages and benefits. Managers of companies would also be in contact with each other throughout the year when new positions would open up, discussing what the wages and benefits would be for the new post. Plaintiffs alleged this led to a pattern of controlling wages.

Employment attorneys know it’s not the first time the industry has been accused of price fixing, though previous complaints were filed by food companies, retailers, distributors and consumers. In fact the U.S. Justice Department has intervened, and it’s possible criminal charges could be filed.

Defendants in the employee wage and hour complaints have yet to respond, either in court or in the media, except that one spokeswoman for a single company told a news outlet via email they do not believe the litigation has merit, and that wages are adequate and in some cases above average. One report by Oxfam America, which was cited in the employee complaint, noted workers are paid approximately $11 hourly, with annual incomes somewhere between $20,000 and $25,000. The Federal Poverty Level, as defined by the U.S. Department of Health, for a family of four is about $25,000.

That same report found nearly three-fourths of workers sustained some type of work-related injury or illness.

According to the complaint, the employees in question were vulnerable workers, primarily refugees, asylum-seekers, migrant workers, immigrants with temporary visas, participants in court-ordered drug abuse programs and prison laborers. Forbes recently cited data from the U.S. Department of Labor noting nearly 60 percent of agricultural workers in the U.S. are undocumented.

Processing poultry is known to be among the most hazardous and arduous type of work, with workers routinely exposed to:

Companies have long had a difficult time with adequate staffing, and a spate of recent raids targeting immigrant workers has only exacerbated the problem. Finding workers on short notice, less time for training and higher operational costs hasn’t improved working conditions.

The case filed last week seeks class action protection for hundreds of thousands of poultry workers, a significant percentage of whom have limited options for employment, due in large part to language barriers.

By all accounts, the poultry processing job market should be competitive, as most plants are concentrated geographically in the Southeast, which ideally would allow workers to move from one employer to the next – whichever pays better. But that fair market competition is blunted when companies collude to keep wages low, which plaintiffs say they have been doing for the better part of the last decade.