Wrongful termination is a common claim by former employees, and a common source of liability for employers. Yet the specific circumstances in which wrongful termination laws apply can be confusing at best. Recently, the California Court of Appeals decided that an employer neither violated disability discrimination laws, nor otherwise wrongfully terminated an employee who sought to withdraw her voluntary resignation. 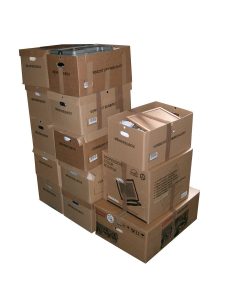 The San Diego Union-Tribune reports that Ruth Featherstone was an employee of Southern California Permanente Medical Group when she returned from a medical leave of absence on December 16, 2013. On December 23, Featherstone resigned, telling her supervisor that “God had told her to do something else”. On December 31, Featherstone asked to rescind her resignation, claiming that she had been under the effects of medication at the time it was tendered. The employer declined.

It is important to note certain facts of the case which were recited in the Court’s opinion. First, Featherstone’s resignation was tendered voluntarily, and free of any duress or coercion. Second, Permanente was repeatedly said to have no reason to suspect that Featherstone was under the influence of medications (or otherwise suffering from an altered mental status) at the time of her resignation.

What This Means for California Employers

On its face, this case seems to indicate that employers are free to accept employees’ resignations without further obligation. But it is important to understand the limitations of this ruling. First, the circumstances of Ms. Featherstone’s resignation were carefully discussed and analyzed at length. If an employee is under any sort of coerce or other pressure which makes his or resignation less than voluntary, a Court may require an employer to allow the employee to later rescind the resignation. Furthermore, if the employer has any reason to suspect that the employee is suffering from an altered mental status – whether due to medication, substance abuse, or underlying mental health issues – this, too, may prevent an employer from lawfully accepting the resignation.

Another practical consideration: Ms. Featherstone never reapplied for her former position with Permanente. The Society for Human Resource Management notes that California’s Fair Employment and Housing Act prevents discrimination in hiring. Had she reapplied and been denied, Ms. Featherstone may have been able to sustain a separate claim for hiring discrimination.

Court says employer can refuse to allow an employee to withdraw a voluntary resignation, May 1, 2017 by Dan Eaton, San Diego Union-Tribune