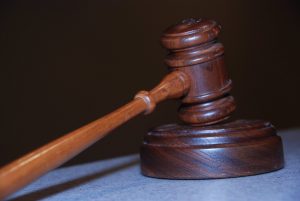 Plaintiff was employed by SGS Testcom from 2005 until 2014, when he was terminated from his position as a database administrator. According to court records, SGS claims that the plaintiff  engaged in a “series of actions warranting termination” between May and August of 2014. These included failure to correct an IT database issue during a weekend when he was on call, and two separate occasions of attempting to correct the same database problem during peak user loads, which resulted in system outages and hurt SGS’s reputation with its client.

The plaintiff, on the other hand, contended that SGS fired him on racially-motivated grounds. He claimed that the employer violated its own policy of three written warnings, then termination after the employee failed to correct these problems. (Plaintiff was only given one written warning after the first incident, then immediately fired after the second peak user load incident without being given an opportunity to correct the problem.) The plaintiff – a man of Indian descent – further contended that a caucasian co-worker remained employed by SGS in spite of the fact that he had received three warnings.

Ultimately, the court concluded that racial discrimination had not been proven by the plaintiff. The Caucasian co-worker was not shown to be similarly situated to the plaintiff’s employment position, and therefore could not be used as an example of disparate treatment by SGS. The plaintiff was also forced to concede that he did not know the circumstances or details of any of the co-worker’s warnings, and could not be certain they were comparable to his own. Finally, the Court found that the incidents SGS considered to “warrant termination” were legitimate, nondiscriminatory reasons for its allegedly discriminatory conduct. As such, the plaintiff’s case was dismissed, and the employer successfully defended itself from all claims of racial discrimination.

How Other Employers Can Use Similar Practices to Protect Themselves

Of course, the news is not all good for SGS. It incurred significant attorneys’ fees and court costs in mounting its successful defense. And while SGS was cleared of all claims of racial discrimination, the mere insinuation of the practice is enough to damage its reputation and goodwill in the community.1

Here, SGS protected itself with documentation of its written employment policies, and the plaintiff’s violation of those policies. While the employer could have better protected itself by issuing written warnings after the subsequent incidents, there was nevertheless sufficient evidence that there was no racial motivation behind the discipline. The more documentation an employer has about employee discipline, the better able it is to defend against claims of wrongful termination, discrimination, and retaliatory conduct.

Employers can protect themselves from discrimination claims with effective discipline policies. By consulting with an experienced employment law attorney in Orange County, such policies can be designed and implemented effectively.