Workers hired to clean up asbestos are dealing with one of the most dangerous substances in the world. Asbestos exposure is known to cause latent diseases such as lung cancer, asbestosis and mesothelioma. These conditions can be aggressive and, in the case of mesothelioma, is terminal. The substance was used in so many building and construction materials in the last century, and its removal in renovation and demolition requires specially-trained crews who must be meticulous in their safety precautions. 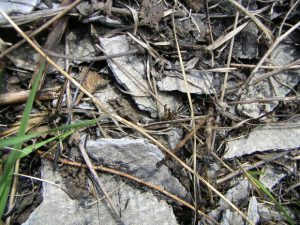 Now, prosecutors are alleging that a group of these workers was denied proper wages and benefits. The case is emerging from the Boston, Mass. area, where many of the older buildings are riddled with these cancerous fibers. The region is going through a construction and renovation boom, and that means asbestos removal and demolition contractors are very busy right now. But the U.S. Justice Department asserts that is no excuse for cutting corners when it comes to workers’ wages.

Asbestos abatement jobs in the state totaled nearly 26,000 last year, which was a 65 percent uptick just over what it was five years ago. This boom will continue so long as renovations and demolitions of older structures continue.

Over the course of the last 24 months, there have been three civil lawsuits and two criminal cases filed in the U.S. District Court in Boston, alleging that employers are skirting wage-and-hour laws for asbestos abatement and/ or demolition workers. One instance involved the owner of an asbestos removal company who pleaded guilty to federal charges after prosecutors alleged he was paying workers cash under the table so he wouldn’t have to pay employment taxes, insurance and other benefits that would be otherwise owed to them.

Many workers in the asbestos removal industry are immigrants, some of whom have told reporters they believe they have been repeatedly exposed to asbestos because the companies hiring them aren’t affording them the proper protections, such as masks and other safeguards.

As far as pay, federal investigators are delving into allegations that a New Hampshire-based firm is paying workers less than they are owed and has avoided covering benefits that are mandated per the union’s collective bargaining agreement. Both sides are trying to reach an agreement, so the lawsuit is on hold for now.

There is no question that asbestos abatement work is costly. Companies have to take extensive precautions in surveying the property and they need to properly equip, train and insure workers. But that’s why these companies are paid a lot of money to do it. They cannot use this as an excuse not to protect workers or to deny employees the wages they are owed.

One worker, a 27-year-old immigrant, testified before a grand jury last years by saying in part, “(The company) was cheating me.” He alleged he was paid $17-an-hour when he should have been paid $34.75 hourly. Workers who were affiliated with a union were paid vastly different wages than those who were not union, he said. These two groups even received checks that were a different color. In some cases, he testified, he was required to work for free, driving workers to different sites for hours. His paychecks were also deducted for “uniform cleaning” costs. He said the attitude of these companies is that workers should be grateful to have a job.

Defendants in these cases released statements defending their professional reputations and practices, and arguing the claims are without merit.