Despite the 2016 legalization of recreational cannabis use in California, it continues to be a sticking point where employment law is concerned. An increasing number of employers are turning a blind eye to what workers indulge in outside working hours (if only because good help is increasingly hard to find). But now, workers may have the benefit of state law on their side – if AB 2188 is passed. 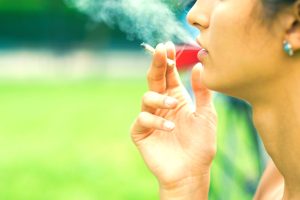 As our Los Angeles employment lawyers can explain, there is currently little in the way to protect employees from job policies that prohibit off-the-clock marijuana use. Of course, on-the-clock intoxication is always going to be a big no-no, but proving cannabis intoxication is usually tough, given the length of time marijuana stays in the system/shows up in chemical testing. It’s not like alcohol, which quickly cycles through the body – making a high level of it in blood, breath, or urine samples a strong indicator of recent use/intoxication. Workers employed by companies that require drug testing may find themselves out-of-a-job – even if they never used the substance at work.

Although the bill would add a layer of protection for workers, it would also shield employers who wish to maintain a drug-free work environment. AB 2188 would not protect workers from adverse employment action if they possessed, were impaired by, or used cannabis on-the-job or at the employer’s premises. Workers would not be free to take their weed to work, use it onsite, or show up to work impaired.

Sponsors of the bill say their desire is to alter the way companies test for suspected cannabis use. Many companies condone or even encourage the use of alcohol off-the-clock, at after-hours work/client meetings, office holiday parties, etc. Treating the off-the-clock use of marijuana any differently is a throwback to misguided, antiquated norms leftover from the failed “War on Drugs.”

But it does exclude certain trades and industries. Among those exempt would be:

The bill would not preempt any state or federal law that requires testing for controlled substances. Neither would it be applicable for employment decisions predicated on scientifically valid pre-employment drug testing that doesn’t specifically screen for the psychoactive ingredients in cannabis.

As for the likelihood of the bill’s passage, it may be too early to say. Governor Gavin Newsome has not responded to inquiries into his support of the measure. The bill passed the State Assembly 42-23, and is now awaiting review in the state Senate. If it passes there, it would move to the governor’s office. If it is passed, implementation would allow a grace period before officially going into effect in January 2024.

AB-2188 Discrimination in employment: use of cannabis.(2021-2022) California Legislative Information