Several months ago, the U.S. Supreme Court handed down a ruling specifying that federal courts could not make up procedural rules that favored arbitration by requiring plaintiffs to prove they were prejudiced (adversely impacted) by a defendant’s decision to compel arbitration after participating in litigation. In other words, as our Los Angeles employment lawyers can explain, companies being sued by a former worker for some employment-related wrongdoing cannot participate in litigation for several months and then turn around and try to move the case to arbitration. In the 9-0 ruling of Morgan v. Sundance, the SCOTUS held that an employer that delays the right to compel arbitration essentially forgoes it. 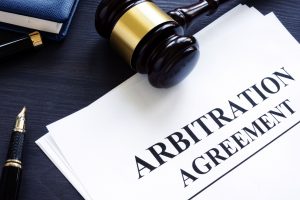 Now, a California employment lawsuit will be the first test that in a federal appeals court – specifically, the U.S. Court of Appeals for the Ninth Circuit in Armstrong v. Michaels Stores.

In Morgan v. Sundance, the justices overturned a ruling allowing a fast food franchise owner to push an employee’s wage and hour lawsuit into arbitration, despite having participated in litigation for eight months. Now, in the case of Armstrong v. Michaels, the Ninth Circuit is slated to decide whether a federal judge in San Francisco erroneously sent a California wage and hour lawsuit against her craft store employer into arbitration after both parties had engaged in 10 months of litigation.

Our Los Angeles employment lawyers know this case is being carefully watched because it is the first federal appeals court to consider the extent to which the Sundance decision limits companies’ ability to move lawsuits out of open court and into the private arbitration process.

The plaintiff argues that the Sundance ruling substantially alters the legal landscape in cases like these, directly impacting the circumstances under which companies effectively waive their right to arbitrate. The company had the ability to force arbitration early on in the case, but chose not to. The company then participated for nearly a year in litigation before flipping the script and demanding arbitration. She said the company’s delay did prejudice her by causing her to incur costs she otherwise would not have. Further, sending the case to arbitration at this juncture, she said, would force her to relitigate several issues on which she’d already been successful in court. (This, she opined, may have been the main reason the company was pushing for arbitration only now.)

The defendant employer, on the other hand, argues that the SCOTUS decision in Sundance has no bearing on the present case. Attorneys for the defense say that even though the SCOTUS ruling removes the prejudice requirement for the arbitration waiver standard, the company can still compel arbitration because it passes the remaining parts of the legal test. Specifically, the company says it didn’t act inconsistently with its intent to arbitrate the case. The company argues that it had always intended to move the case to arbitration, but wasn’t sure it would even be allowed to do so until the U.S. Supreme Court ruled in Epic Systems Corp. v. Lewis that class action waivers in employment contracts were enforceable. Even though the company waited 10 months before filing a motion to compel arbitration, it made sure only to engage in minimal discovery and avoided filing any motions of substance.

Bloomberg Law reports that since the Sundance ruling, federal trial courts have handed down five orders denying defendant employers from stopping litigation in order to move disputes to an arbitration forum. Conversely, there have also been six federal orders granting employer requests to move claims to arbitration.

The tightening of rules for waiving arbitration rights aligns with one of the core purposes of arbitration, which is that they promise to resolve disputes in a manner that tends to be less expensive and drawn out. By participating in litigation for a time period, they’re actions run counter to these purposes.

In effect, what is likely to happen is that employers aren’t going to risk not compelling arbitration right away.

Defendants who delay can lose their chance to arbitrate, court rules in 9-0 decision, May 23, 2022, By Charlotte Garden, SCOTUSBlog