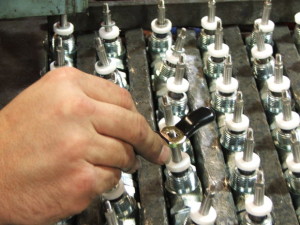 Workers seeking to prove retaliation have to show:

It’s not an easy threshold to meet, and that’s why having an experienced employment lawyer on your side can be critical.

The recent case of Burton v. Freescale, before the U.S. Court of Appeals for the Fifth Circuit, demonstrates some of the hurdles these cases can face.

According to court records, this case involved a company that designs and manufactures microchips. The firm relies heavily on temporary workers for staffing purposes.

Plaintiff was one such temporary worker who worked there through a staffing agency from 2009 through 2010. Her performance reviews were neutral, but then the following year, she broke an expensive platform. She received counseling.

A few months later, she inhaled chemical fumes while working. Although there was nothing to come of the incident at first, a month later, plaintiff reported having chest pains and was attended to by the company’s medical workers and had to be transported to the emergency room. She later connected the health condition with her exposure to fumes. She notified the company and filed a workers’ compensation claim.

Two weeks later, plaintiff was fired for allegedly using the Internet while on company time. There was conflicting evidence about whether employer had knowledge of the Internet issue prior to worker’s termination. The supervisor who entered her termination didn’t directly supervise her, and instead relied on reports from others, but it isn’t clear exactly when he reached his decision or on what basis.

In fact, when the staffing agency that employed her requested supporting documentation from the company for the termination, there is evidence supervisors retroactively began collecting this, which was not in line with regular company practices. The staffing agency actually recommended against termination because there wasn’t much documentation, and also because the worker had only recently filed a workers’ compensation claim.

While the decision had been made to fire her a month earlier, the company didn’t tell her immediately as they reportedly wanted to find a replacement. Yet when they cited the reasons for her termination to her, two of the four incidents cited occurred after the decision to fire her had already been made.

Ultimately, worker sued for violation of the Americans With Disabilities Act and retaliation for filing a workers’ compensation claim.

District court found the retaliation claim couldn’t stand, however, because plaintiff was not employed by defendant company, but rather by the staffing agency. That meant they didn’t pay her workers’ compensation – the staffing company did – and thus would have had little motivation to retaliate for this purpose.

However, there was still the matter of the ADA violation, which the district court granted a summary judgment in favor of defense.

The Fifth Circuit reversed on that point, finding there was evidence that defendant was acting as an “employer” for purposes of the statute, and further circumstantial evidence supported plaintiff’s assertion that she was wrongly terminated on the basis of disability discrimination.