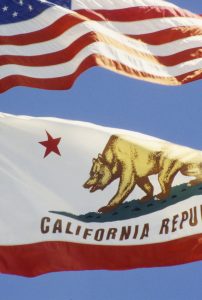 Some party members are quick to point out the good some of the accused have done for women’s rights through policy and advocacy, while others are adamant it is time to clean house and make a loud and clear statement that there is no room for sexual harassers and assailants among the state’s top leadership. A bi-partisan letter signed by dozens of women connected to the state Capitol was sent to the LA Times last year, exposing a culture that bred pervasive harassment. This letter spurred the creation of a hotline and the hiring of a rape crisis group to assist victims.

But more action is vital to truly get to the root of the misconduct and change the way the state legislature (and beyond) functions. Accusations have spread into other arms of the government. Recent resignations have included a California Democratic Party regional director and a judge for the U.S. 9th Circuit Court of Appeals in San Francisco.

Our sexual harassment lawyers in Orange County know how delicate these cases can be. Victims are too often forced to choose between protecting peers and ideals that they value and holding wrongdoers accountable. We applaud women with the courage to step forward in the face of such mixed messages from the people they trust and we do everything in our power to put the victim’s interests first.

The We Said Enough Equity Project is pushing for more aggressive investigation of complaints with strong protections in place for accusers against retaliation and further harassment. The group wants to see an entirely new system in place that doesn’t just punish individuals, but changes the core culture that led to misconduct to begin with.

Other political insiders see this as a chance to do more than just clean house: they hope it will inspire more women to step up for political office and have their voices represented as never before. We are already beginning to see the shift as the California Senate recently announced Toni Atkins will become the first woman ever to hold the seat of Senate president pro tem, succeeding Kevin de Leon.