A federal appellate court has requested the California Supreme Court clear up confusion about the state’s employee meal break and rest break laws, which often lead to wage theft claims. Employment attorneys in Orange County recognize this decision handed down by the court could have a significant impact on both employers and workers in the Golden State. 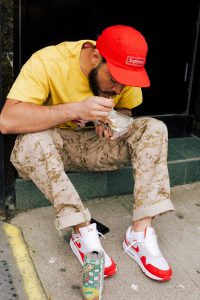 According to court records from the U.S. Court of Appeals for the Ninth Circuit, Cole v. CRST Van Expedited, Inc., the primary questions the court seeks to answer are:

In this employment law case, it would mean it could be presumed that meal breaks were not given (due to the lack of records) unless the employer can prove otherwise.

What Does California Law Saw About Meal and Rest Breaks?

The California laws on requirements for meal and rest breaks at work are fairly straight forward. Labor Code Section 512 states in no uncertain terms that any employee who works more than five hours daily must be given a minimum 30 minutes for a meal break. However, this can be waived by mutual consent. A second meal break of at least a half hour is required if an employee works more than 10 hours in a day – except if the total worked is no more than 12 hours. The second meal break in a 10-12-hour shift can be also be waived – but only if the first was not.

The main exception is the motion picture industry, in which case meals need to be provided every six hours. Those breaks need to be at least 30 minutes, but no more than one hour.

In cases where an employee is relieved of all duties, a “waived” meal break is to be considered on-duty – and paid at the regular rate. Further, on-duty meals are only allowed where the nature of the work demands it. The employee also has the right to revoke that agreement in writing at any point. Examples of jobs that might fit the category of work that necessitates working through a meal break might be:

In certain professions where employees are expected to work well into the night, employers may even be required to provide hot meals and hot drinks.

As for rest breaks, non-exempt employee are permitted to take rest breaks in the middle of each work period, based on the hours they work every day. Generally speaking, workers must be given at least 10 minutes of rest for every four hours worked – “or a major fraction thereof.” for anything over 3.5 hours worked.

There are some exceptions. For example, certain workers at 24-hour residential care facilities might have their rest breaks limited in certain situations.

Furthermore, some workers are entitled to extra breaks. This generally includes those engaged in strenuous physical activity.

As outlined in the California Supreme Court ruling of Brinker Restaurant Corp. v. Superior Court, it is the employer’s responsibility to make sure breaks are offered – but does not have to ensure they are taken or “police meal breaks.”

Los Angeles wage and hour attorneys recognize the question of whether a formal policy need be provided indicates there may be some question about where we draw the line between an employer’s responsibility to provide the break and the lack of duty to ensure it’s taken.

Some courts have held that employers can meet their responsibility by posting the state’s rules on the issue in a place employees are likely to see it. The certified question from the Ninth Circuit seems to indicate the federal appeals court suspects this may not be enough.