A California employment lawsuit filed against the retailer Target alleges the company discriminated and retaliated against an employee with a traumatic brain injury (TBI) before wrongly firing him. 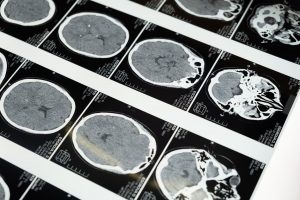 According to the local CBS News affiliate in Los Angeles, plaintiff suffered from a brain injury, which he reportedly disclosed during the interview process. Despite this, his employer failed to provide him with reasonable accommodations. Instead, his supervisor constantly criticized his slow speed in comparison to other workers. He also alleges he was not properly trained with regard to job duties and expectations. He was reportedly harassed by his supervisor, and said the company failed to take action and later retaliated by firing him for being “full of excuses of why you are a slow performer.”

The worker is seeking unspecified compensatory and punitive damages.

What Are Reasonable Accommodations for TBI at Work?

According to the Department of Physical Medicine and Rehabilitation at the Mayo Clinic, thousands of workers with brain injuries enter the workforce annually. These numbers increased particularly as soldiers returned from wars in Afghanistan and Iraq, but also as modern medicine has meant that people who may have died from such injuries increasingly survive.

Many do not require any special consideration, as their injuries may not have significant lasting impact. However, others find that returning to work is wrought with challenges.

Under the Americans With Disabilities Act, employers with 15 or more workers must provide reasonable accommodations to assist employees with disabilities in achieving workplace success. The California Fair Employment and Housing Act (FEHA) provides additional protections. TBIs are covered under the ADA and FEHA. What exactly that accommodations looks like will depend on the industry, job site, role of the employee and nature of their injury.

Not all traumatic brain injuries are the same. Common causes include motor vehicles accidents, falls, sports injuries, struck-by accidents, child abuse and blast injuries due to explosions. They can also be caused by illnesses like meningitis, stroke or tumor.

Most people with a TBI get at least some measure of in-hospital rehab services, and this may continue to outpatient treatment for weeks, months or even years. This helps improve thinking and physical abilities and techniques of compensation for lost cognitive, behavioral and physical skills.

For those who make significant strides in recovery, TBI is often considered the “invisible injury.” That’s because employees can seem as if they are recovered or do not suffer from any disability, but problems can be lasting and sometimes triggered during times of stress.

This list isn’t exhaustive, but the point is, there are many ways employers can help employees with TBI succeed in their roles – something that benefits not only the worker and the company, but society as a whole.

If you have been discriminated against at work due to your TBI, our dedicated Los Angeles employment disability discrimination lawyers can help.