Now that there is a vaccine for COVID-19, an increasingly common question our Los Angeles employment lawyers are getting is whether employers can make employees get one. 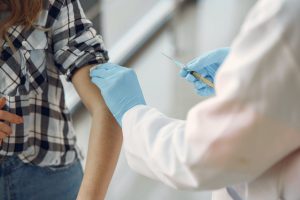 The short answer is: Yes (probably). However, there are some caveats, and not all the relevant legal issues are clear-cut in this situation. What’s more, whether workplaces will actually fire workers who refuse probably depends on the employee’s industry, specific job, etc.

Guidance released by the U.S. Equal Employment Opportunity Commission stated that employers can set forth a policy of mandatory vaccination if the need is job-related or if being unvaccinated would pose a direct risk to workers, customers or themselves. That’s an argument a whole lot of employers – from health care providers to grocery stores – could fairly make.

Still, there are likely two bases on which employees could object:

In both those cases, employers should work with employees to find a reasonable accommodation (working from home, working in a place less exposed to other workers, etc.). For exemptions based on religious beliefs, it’s plausible employers could deny accommodations that would go beyond a small burden. Disability-related objections may have a higher bar.

If a reasonable accommodation can’t be made, employers can fire the worker. But that may not be the final say, as employees could potentially file a wrongful termination lawsuit.

It’s important to point out that not everyone who is wary of getting the vaccine is necessarily against vaccines in general. Some feel there just isn’t enough information about this vaccine in particular. One survey by the Kaiser Family Foundation in December revealed nearly 30 percent of Americans were “vaccine hesitant.”

Part of what could bolster a worker’s case is the fact that while the vaccine is sanctioned by the U.S. Food & Drug Administration, this was done via emergency use authorization rather than the usual drug approval process. While vaccines for things like whooping cough and polio have been around for decades (giving health officials high confidence in both their safety and effectiveness), the same can’t yet be said about the COVID-19 vaccine. That could potentially result in a legal challenge if an employer imposes a mandate.

So too is the fact that while the two vaccines we have currently are reported to be about 94 percent effective in the recipient’s risk of developing the virus, whether it actually reduces the risk of transmission to others is still an unknown. This fact could weaken ethical and legal arguments for employer vaccine mandates. If a grocery store worker can still spread the virus to the store’s customers after receiving the vaccine, the rational behind compelling it may be diminished.

Finally, a mandate like this is probably best implemented when the employer can show the health action they’re requiring is the only one they have to help them prevent transmission. This is why employers for the last year have had no problem for the most part compelling workers to wear masks or other personal protective equipment. But PPE may still be required even after vaccinations become more widespread.

At this point, it’s still early and there aren’t enough doses for working Californians. But as distribution broadens, companies are going to need to determine the kind of policies that will allow the to stay operational. Some employers are already establishing policies stating the vaccine is “highly suggested,” but are reticent to make it mandatory.

If you believe you have been wrongfully terminated by your employer, consult with an experienced Southern California employment attorney to determine whether you’ve got a case.

Some workers don’t want a COVID-19 vaccine. Can their bosses make them get it anyway? Jan. 15, 2021, By SAMANTHA MASUNAGA,