A bill aimed at empowering workers to come forward about employment discrimination and harassment was introduced in the California state senate recently. Specifically at issue are provisions of non-disclosure agreements many workers are compelled to sign when settling employment lawsuits or simply as a condition of employment. The Silenced No More Act would statutorily ban such provisions in settlements that involve cases of discrimination or abuse. 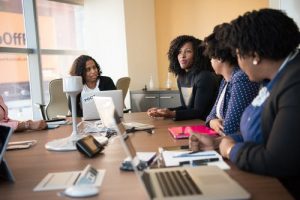 Sponsor of the bill Sen. Connie Levya told CNN that it is unacceptable for companies to effectively place a gag order on workers who have been victims of discrimination, harassment or assault. The idea is not just to give these workers back their voices, but also to serve as a means of accountability against perpetrators and corporations that cover for them.

The measure builds on an earlier #MeToo era law called the STAND Act, which was passed three years ago. That law prohibits settlement agreements that bar workers from speaking up about employment sexual harassment and abuse. The SNMA would extend those prohibition to other forms of workplace discrimination and harassment, including those based on race, sexual orientation, religion, etc.

The bill was crafted after two former employees from Pinterest accused the company publicly of racism and unfair wages. At the time, the company told media outlets it had conducted an internal investigation that concluded workers were treated fairly. Later, the company reached a $22 million settlement with a former CPO who had sued for gender discrimination and retaliation. Following that, the company promised to take steps to better its corporate culture, and even hired lawyers to examine its existing practices.

Eventually, the company settled with the two women who alleged racism and wrongful pay. While the STAND Act allowed them to speak publicly about their gender discrimination claims, they lacked the same freedom when it came to their racism claims – something they say is problematic for the workers who face intersectional problems.

The two workers in question say their breaking point on this issue came when the company announced its support for the Black Lives Matter movement, amid national protests for racial justice – something that struck the women as deeply hypocritical. Although they feared the company might sue them for contract violations (citing the non-disclosure agreements), that didn’t happen. Instead, the company’s chief executive officer acknowledged aspects of the corporate culture at the firm were “broken.”

That move took courage – but the two workers only exercised that courage after speaking with a California employment attorney.

Sen. Levya wants to ensure other workers are protected and that unfair NDAs can no longer serve as a cover for unlawful behavior. She said non-disclosure agreements make sense for companies that want to protect trade secrets, etc., but not to shield companies from public accountability for discrimination on the basis of age, disability, religion, race and sexual orientation.

Passage of S.B. 331 would only effect change in California, though the workers and lawmakers involved say they hope it will set off a broader national movement.

‘It Really Is A Gag Order’: California May Limit Nondisclosure Agreements, March 6, 2021, By Rachael Myrow, NPR