Assurance of equal pay is an important issue in California and across the country. 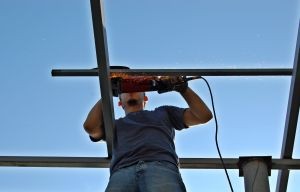 Before last year, California had one of the toughest equal pay laws on the books. It got even tougher in December when lawmakers passed the California Equal Pay Act, which formally went into effect Jan. 1, 2016. The law requires women and men who do substantially similar work to be paid equally – no matter how their jobs are officially described. The goal was to avoid situations in which companies would hide behind job titles to pay women less for doing the same work as men. For example: Housekeepers at a hotel shouldn’t be paid less than the janitors at the same facility who clean bathrooms and common areas – much the same work in both cases.

But now, there is a proposed amendment to that law which would include a provision to ensure those of different races or ethnicity are not given the short stick when it comes to equal pay.

As reported by SCPR.org, if the measure passed, it would be the first time any state in the entire country forced companies to prove they are not underpaying workers on the basis of anything other than gender. The proposal was weighed in committee for the first time last month.

Sen. Isadore Hall, who proposed the bill, said the idea is that no one should be paid less than they are worth or discriminated against for any reason. Essentially, everyone should be paid fairly for their work.

Our Orange County equal pay attorneys know there are many studies that back up the assertion that women are underpaid for the same work as men. But the question of disparity along racial lines is a bit more obscure. That’s because there are a host of other variables that may come into play.

When the gender quality pay law was passed last year, big-name technology firms Intel, Apple and Salesforce launched internal accounting to ascertain whether pay gaps existed between men and women. They discovered there were a total of $3 million worth of discrepancies. That resulted in pay raises for some 1,000 workers.

Meanwhile, we do know according to research by the National Women’s Law Center that minorities tend to make less than their white counterparts. Compared to white, non-Hispanic males:

But while the concept of equal pay is seemingly simple, there are those who urge caution. Inclusion of racial and ethnic equality, they say,will lead to the addition of other characteristics, such as religion, age and disability. This could make it tougher for companies to monitor worker traits.

On the other hand, companies that engage in best practices and seek to treat all of their workers fairly should not run afoul of these straightforward provisions.