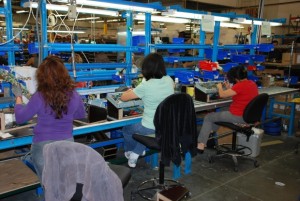 The announcement came just two months after a number of allegations of misconduct by faculty arose at the university, which became national news and sparked a conversation about how we handle gender discrimination at universities and colleges.

Kish was quoted as saying his office doesn’t want to promote anti-gender discrimination policies if they aren’t effective. The Task Force on the Prevention of Sexual Harassment in the Workplace, is going to delve into identification of the best practices for sexual harassment training. (Sexual harassment is considered a form of gender discrimination in California and under federal law.)

Such action is critical, as it was recently reported by The Guardian that while research on the effectiveness of sexual harassment training is scant, what little exists suggests many current models could in fact have the opposite effect. For example, one study published in The Journal of Applied Behavioral Science found that male university workers who participated in sexual harassment training were far less likely to deem certain coercive behaviors toward students or subordinates as problematic, compared to those who had not undergone the training. They were also far less likely to report sexual harassment when they became aware of it. That tells us something is inherently and deeply wrong with current practices.

Researchers opined the lack of action or refusal to recognize even obvious scenarios of sexual harassment were acts of self-preservation that were meant to help protect themselves against a perceived attack on their livelihood. Put another way: The training makes men feel afraid they will be subject to false allegations. In turn, they respond defensively.

Those who study the issue say this fear is irrational; false accusations almost never occur. In fact, the problem is already vastly under-reported. But this emotional/ psychological knee-jerk response needs to be addressed because it may help to perpetuate more instances of sexual harassment and keep it unreported.

Another study that was published in Social Psychology Quarterly indicated that when men were informed of rules against sexual harassment, they were actually more likely to become biased against women and more likely to stereotype.

This defeats the entire purpose of sexual harassment training, which is to encourage equality between men and women in the workplace.

Some researchers see a solution in the elimination of certain harassment examples provided in these training sessions, which were described in some cases as “unrealistic” and even “cartoonish.”

California law requires companies with 50 or more workers to provide a minimum of two hours of sexual harassment prevention training to workers. At the University of California, workers are required to undergo such training every two years.

And yet, this has seemingly made little difference in that setting, as a string of professors and administrators at the Berkeley campus have been accused recently of repeatedly engaging in sexual harassment of students and subordinates.