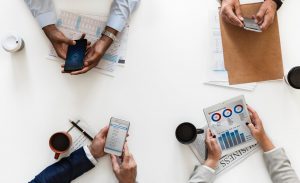 However, Los Angeles gender discrimination lawyers know the law is likely to face legal challenges. Gov. Jerry Brown, who signed the law in September, admitted as much. Still, it’s worth noting more than a quarter of companies that are publicly-traded do not have a female member on the board – despite copious research that firmly establishes firms that do score better in areas of productivity and profitability.

Although California is the first state in the U.S. to pass such a measure, other countries such as Norway, Germany and France have done so with success.

Critics of the law say it is unwise and more than likely will face legal challenge, the success of which would be questionable. Some business law attorneys and scholars have argued the measure, opposed by the California Chamber of Commerce, amounts to a quota that is unconstitutional. They say company shareholders should have the freedom to hire whomever they wish without having to factor one’s gender. Others have expressed concern despite the measure’s intent that it could prioritize gender over other diversity standards and may be a violation of the publicly-held affairs doctrine.

As long-time gender discrimination attorneys in L.A., we recognize that any kind of gender preference in policy or practice is going to be subject to fierce opposition, and some corporations have already indicated they’re gearing up for a fight. If the law is to pass the constitutional test, the state will have to show that there is a solid reason for the government to take this initiative and that there isn’t any other way to achieve the stated better outcome.

Lack of gender diversity at the highest levels of power is unequivocally a serious and pervasive problem. The question question is whether the solution needs to be legislative. It’s likely the courts will decide.

In the meantime, even women who have made it to the boardroom, proving their qualifications and merits, aren’t guaranteed to be free of gender discrimination. Just recently, the former vice president of Goldman Sachs Group in L.A. filed a gender discrimination lawsuit, alleging after 15 years on the job, she was promptly fired after revealing to her boss she was pregnant with her third child. Although the company offered a generous family-friendly policy that included four months of paid maternity leave (as do many elite companies to be competitive in attracting talent), many employees fear if they fully take advantage, they’ll be penalized – which is exactly what plaintiff said happened. Bloomberg reports plaintiff executive’s termination followed remarks from her male supervisor (and father-of-four himself) regarding her ability to balance a demanding job and remarking she now had “a lot of mouths to feed.”  The company denies the motivation was gender-based, insisting the reason was, for “strategic business purposes.”