Although the general tide toward employment litigation has been leaning more toward corporate interests lately, most notably with more stringent standards for class action filings, that doesn’t mean such cases are no longer happening at all. 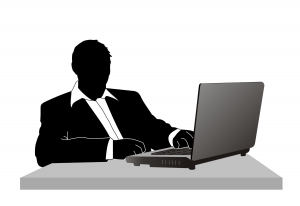 Our Costa Mesa employment lawyers know that this was recently evidenced in a decision handed down by a federal judge in a Northern California courtroom. The judge In re: High-Tech Employee Antitrust Litigation, U.S. District Court Northern District of California, San Jose Division, has awarded class action status to the workers seeking recompense for what they say were unfair hiring practices engaged in conspiratorially by numerous technical firms in Silicon Valley.

Specifically, the workers allege the companies violated the Clayton Act and the Sherman Act, both antitrust laws. The workers say the ultimate goal of the companies was to drive down labor competition, and thereby deprive workers of job mobility – and potentially hundreds of millions of dollars in salary and other compensation.

By obtaining class action status, the workers may potentially receive a larger overall settlement. However, individually, class action litigants tend to receive lesser amounts, though their chances of winning are generally bolstered, as the claims are bolstered by the sheer volume.

In this case, it’s possible that as many as 65,000 people could be included in the proposed class. Among those included are hardware and software engineers, application developers, component designers and more. These are highly skilled professionals who would generally expect to command top dollar for their skills and expertise.

Originally, the workers sought to establish a class action lawsuit that would envelope all salaried employees at defendant companies between 2005 and 2009. Had the judge approved that, we’d be talking about twice as many litigants. However, the class group was significantly pared down after the judge advised that they had failed to note enough in common among proposed class members for them to all be tried together.

Many are closely watching this litigation unfold, particularly as a large portion of the plaintiffs’ case is predicated upon e-mails that were exchanged between former Google Chief Executive Eric Schmidt and the late Apple Chief Executive Steve Jobs. Other remaining defendants are Adobe Systems Inc. and Intel Corp. (Pixar, Intuit and Lucasfilm Ltd. have tentatively settled already.)

It’s a private lawsuit that dovetails from a public settlement obtained by the U.S. Department of Justice three years ago amid similar claims.

The core of the complaint is that technical workers say their salaries and benefits were significantly reduced by firms that shared a top-level agreement not to recruit one-another’s workers. That meant that if an employee left Apple, he or she would essentially be unable to find work elsewhere.

It reportedly served as an effective weapon by companies to keep workers both in place and significantly underpaid for their services. Such “anti-soliciation agreements” are illegal under federal law.

The Sherman Act, passed by Congress in 1890, bars business activities that government regulators find to be anti-competitive. The Clayton Antitrust Act was enacted a quarter century later, and served to strengthen many of the pro-worker guidelines and regulations laid forth in the earlier legislation.