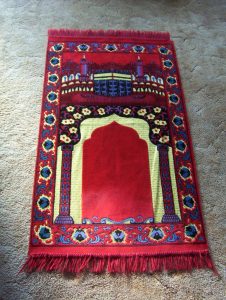 Defendant hospital still insists the reason for the worker’s termination had nothing to do with his religious beliefs, but rather because of alleged threatening conduct. The hospital still has the option of appealing the California religious discrimination lawsuit verdict, thought it’s not clear if they will.

Plaintiff’s employment attorney asserted the worker was employed for more than a decade at the hospital without any issue. However, problems arose about six years ago, when he converted to Islam. He also broke his thumb in a work-related accident and was placed on modified duty by his doctor, according to the claim. At that time, his co-workers and supervisors began referring to him as a “terrorist.” He was also derided for inability to carry out certain tasks due to his medical condition, and he was reportedly told time and again to quit, or else he’d be fired anyway.

Plaintiff reported this treatment to the hospital’s human resources division, but was reportedly told nothing would be done and he should “just go back to work.”

Several other employees confirmed plaintiff’s allegations, and he was fired just two months before he was set to retire. He was reportedly not given a reason, but soon after was questioned by sheriff’s deputies about whether he’d made terrorist threats against the hospital. Plaintiff unequivocally denied that he’d made these threats. Despite a law enforcement investigation determining he posed no threat, he was still kept on administrative leave, with supervisors eventually firing him for allegedly telling a co-worker “what he’d do differently” in the terrorist shooting at a San Bernadino office center in 2015 that resulted in two dozen deaths. He was fired a few months later.

Plaintiff alleged his employer preyed on fears of Muslims that arose after the terrorist shooting, and used his religion as justification that he posed a threat, rather than anything he’d said or done. Jurors agreed, in particular following testimony from an official at the hospital who indicated plaintiff’s religion was considered as a factor in his firing.

Religious Discrimination at Work in California

Title VII of the Civil Rights Act of 1964 bans employers from treating employees or applicants differently on the basis of their religious beliefs or practices or lack thereof. This applies in any aspect of the job, including hiring, recruitment, assignments, discipline, promotion and benefits. An employee who is subjected to harassment because of his or her religious beliefs or practices can be legally considered a victim of religious discrimination. A workplace that fails to act on complaints from an employee regarding religious harassment at work may have grounds for a claim and should speak to an Orange County religious discrimination attorney.