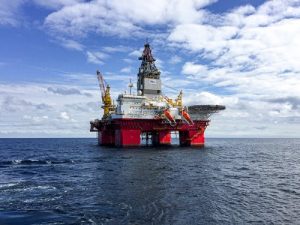 The lawsuit alleged violation of California’s wage and hour laws – specifically those pertaining to minimum wage compensation, overtime compensation, meal and rest breaks, accurate record-keeping and providing workers with wage statements. Defendants sought a summary judgment not on the merits, but rather on grounds that the proper venue for the case was Louisiana, not California. (Louisiana’s laws would also be much less favorable to employees.)

Further, defendants argued that the federal Fair Labor Standards Act preempted California state laws in this case. The trial court denied the defense motion, but the appellate court initially reversed, finding that Louisiana had the stronger claim to jurisdiction because it had more significant contacts with parties and more interest in regulating the employment relationships at issue. Plaintiffs then petitioned the state Supreme Court, which after review transferred the matter back to the appellate court for reconsideration.

It was upon reconsideration that the appellate court ruled California labor laws were applicable here, particularly in light of the California Supreme Court’s June 2020 ruling in Oman v. Delta Air Lines Inc., that provided the basis for jurisdictional analysis in a case like this. Where the work is primarily performed was the primary consideration in this case, the court held.

In Gulf Offshore Logistics, California had the more substantial interest because the workers performed most of their work in California – not Louisiana. Further, the state’s wage and hour laws aren’t exempted by federal labor law, the court ruled, firstly because that law doesn’t expressly preempt them but neither does it conflict with state law.

So what does this mean for California workers? The bottom line, as our Los Angeles employment lawyers can explain, is that ascertaining which state’s laws are applicable when there’s a case of interstate employment can be tricky. The analysis is varied depending on which provision of labor code is alleged to have been violated. (For instance, here the court was looking at where the work was mostly performed. In other cases, the company’s principle place of business may be a larger issue.)

In general though, the takeaway is that if most of the work at issue in a labor lawsuit is done in California, then California will likely assume jurisdiction.