You can cut the corners of your sandwiches, but you can’t cut corners on employee meal breaks in California.

In a long-awaited decision, the California Supreme Court ruled that workplace policies of rounding out the start and end times of meal periods aren’t compliant with state law because they sometimes resulted in workers being underpaid their meal period premiums. 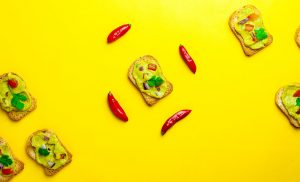 The court held in Donohue v. AMN Services, LLC that in cases where company records on their face appear to show noncompliance with meal period rules, there is a rebuttable presumption that the company was non-compliant. As our Los Angeles employment attorneys can explain, this means the burden of proof shifts from the plaintiff employees to the defendant employer.

In light of this recent ruling, employers in California would be wise to update their timekeeping policies and technology to ensure they are meeting the current demands of the law. Employees who believe there has been a violation of California’s meal period laws should promptly consult with an experienced wage and hour lawyer.

What are California’s Meal Break Laws?

In general, Labor Code Section 512 requires that employees be given a minimum of a 30-minute meal break for every five hours worked (six for those in the motion picture industry). Unless the worker is relieved of all duties during the entire 30 minutes/free to leave the premises, the worker is considered “on duty” and paid their regular rate of pay.

Some special rules/considerations are in place for those in certain industries like health care or in certain jobs, like coffee kiosks, but in general, meal breaks can only be waived by mutual consent agreements.

In the recently-decided Donohue case, plaintiff was a nursing recruiter who, per company policy, was given 30-minute meal breaks starting no later than the end of their fifth hour of work. The company’s timekeeping system rounded meal period punches to the nearest 10 minutes. If an employee punched out at 11:59 a.m., it was recorded as a 12 p.m. punch. Same for someone who punched out at 12:03 p.m. That might not seem like a huge deal, but meal breaks could be as long as 39 minutes or as brief as 21 minutes and they’d all be counted as half-hour breaks.

On its face, this was a neutral policy because sometimes workers were paid too much when they took longer meal breaks. But the court held that because the timekeeping system didn’t track all instances of underpaid meal break premiums, it breached the law.

The case also touched on a second major issue pertaining to the responsibility of California employers to accurately record breaks and time worked. Put simply, if the company’s time records indicate noncompliance, there will be a rebuttable presumption that the company was not compliant. The onus is on the employer at that point – rather than the employee – to show compliance.

The Donohue decision was important because it offered a concrete answer on whether these types of neutral rounding policies are legal. Further, the court underscored that the state has a public health and safety interest in meal and rest break laws, and that because we’re inherently only dealing with small time increments (no more than a half hour), even a few minutes could make a big difference.