Two workplace meal break cases are headed to the California Supreme Court this year and are being closely watched by Los Angeles employment lawyers. One has the potential to greatly increase the sum of employer penalties for meal break violations, while the other may require a more advanced calculation – and higher premiums – for requiring workers to work through meal breaks. 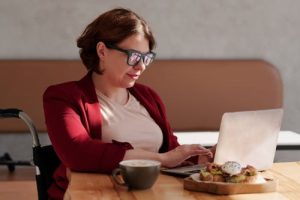 There are a few exceptions, but for the most part, this is widely applicable. During the meal break, employees who aren’t fully relieved of all duties are considered to be “on duty,” and are only allowed when the nature of work prevents an employee from being relieved and it is to compensated at the regular rate of pay. Employees must agree to this in writing, and these agreements must indicate the employee can revoke the agreement at any time. If the employer requires the employee to remain on site during meal breaks, then that time must be paid – even if the worker is fully relieved of all duties. If an employer doesn’t provide a meal break, the employer must pay an additional premium of one hour of pay at the employee’s regular rate for each work day that the meal period isn’t provided (though this isn’t counted as hours worked for tallying overtime).

Over the last couple years, state appellate courts have taken on numerous cases that have involved those on-duty meal period agreements, as well as the method for calculating premium pay when employers fail to provide a compliant meal period.

The Naranjo case deals with on-duty meal periods, which are permitted by agreement under very specific circumstances. If these conditions are met, employers must pay the worker for the time worked – including the time worked “on duty” by the employee for the meal period. Otherwise, the company is going to pay a premium in the amount of one additional hour of pay at the employee’s regular rate of compensation for each workday wherein a meal break wasn’t required. Paying this premium also doesn’t excuse the company from additional penalties.

In the case of Naranjo v. Spectrum Security Services, Inc., a California appellate court looked at the on-duty meal period agreement at a security services company. These agreements can be effective in permitting companies to require workers to stay on duty during their meal period, but if the very specific circumstances aren’t met, it can quickly get very pricey for the employer. The security company, in this case, was ordered to pay $1.4 million for violations of state meal break laws.

The company contracts with the federal government to temporarily assume custody of prisoners, ICE detainees, etc. for appointments outside the prison or detention center. Each prisoner/detainee was assigned two officers, who were only allowed to leave for restroom breaks. They were required to take their meal breaks on duty, and they had to be on call and within radio range if they had coordinated with other officers to allow them to leave and obtain food nearby. These details were outlined in operation manuals, but the company claimed officers understood these meal breaks were on duty, agreed to these terms and knew they could revoke the agreement by declining on-call assignments, asking for another shift, seeking other accommodations or quitting. However, nothing in the operation manual indicated in writing that employees could revoke the on-duty meal period agreements at any time.

The company argued that substantial compliance with the state’s wage order on the issue is sufficient, even if it didn’t have a written agreement with workers. The trial court disagreed, finding no applicable legal support for the argument. Instead, the judge noted on-duty meal periods exception is “exceedingly narrow” and requires a written agreement expressly advising the worker that he or she may revoke the agreement at any time.

The case was appealed on several points, with the appellate court ruling that unpaid premium wages for meal period violations didn’t entitle employees to pay stub penalties or waiting time penalties (meaning the payout was much less than what plaintiffs had hoped). Now, the state supreme court’s decision on this could settle a long-standing debate on whether wait time penalties are recoverable for meal and rest period violations. If the state supreme court disagrees with the appellate court, the potential penalties for meal and rest break violations could be substantially higher.

Another California Supreme Court case to watch this year is Ferra v. Lowes Hollywood. In this case, plaintiff, a bartender, alleged the company improperly tallied her premium payment for its failure to provide her state-mandated meal and rest breaks. She was paid her base rate of compensation (hourly wage) for meal and rest break premiums, but not additional amounts for incentive compensation (such as nondiscretionary bonuses, commission, etc.). This rate is often higher than the base rate of pay.

The trial court ruled that meal and rest break premiums need only be paid at the hourly wage, without consideration for the extras. The appellate court agreed.

If the state Supreme Court’s view on this differs from that of the lower courts, it could mean the same kind of more complex calculations used for determining overtime pay would also be applied to meal and rest breaks. It would also result in higher penalties for violations.