It’s fairly well-accepted that pretty people have an edge – greater popularity, higher grades, more job opportunities, more positive reviews, higher salaries – they’re even punished less harshly by the criminal justice system for the same crimes as people generally deemed less attractive. Some could make a fair case that, despite the designation being broadly subjective, pretty is a privilege. 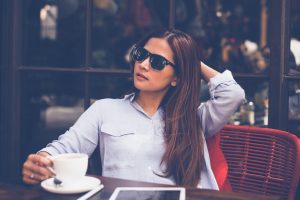 Yet, is it possible for people – women in particular – to face workplace discrimination because they are pretty? And is that something you could sue for?

Beauty Isn’t a Protected Class, But Female Is

The answer is that while there have been cases where female plaintiffs alleged their good looks gave them a distinct disadvantage at work. In fact, a new study recently published in the journal Sex Roles reveals attractive women may be wrongly perceived as untrustworthy and liars.

In what we label the “femme fatale” effect, we proposed and found support for the notion that attractive female employee may be unfairly judged by what researchers called the “femme fatal” stereotype of one who is beautiful but also manipulative. Rooted primarily in insecurity of the person who is prejudiced, it can have adverse impact on a woman’s career – within insult added to injury that few believe this is an actual detriment.

But whether that rises to the level of legal workplace discrimination is going to depend.

As Los Angeles workplace discrimination attorneys can explain, to rise to the level of something actionable, we’d have to show the unfair treatment was based on the applicant/employee’s belonging to (or perceived belonging to) a classification deemed legally deserving of protection.

Being beautiful is not a protected class recognized by either Title VII of the Civil Rights Act of 1964 or the California Fair Housing and Employment Act (which is even more extensive).

There have been some who tried – but based on the theory of gender discrimination. I

n 2012, the all-male Iowa Supreme Court ruled a woman fired because her boss  found her “too irresistible” was not a victim of gender discrimination. She alleged – and her boss admitted – to being extremely attracted to her. However, after 10 years of working together, the dentist and his wife mutually decided she should be fired – not because she was a woman, but because she was an attractive woman, and thus it was a threat to their marriage.

In a very similar case in 2016 in New York, a woman working at a chiropractor’s office said one day out-of-the-blue, her boss mentioned to her that his wife might be jealous of their professional interactions because plaintiff was “too cute.” The next day she received an expletive-laden text message from her boss’s wife and the following day she was fired. There was never a romantic or inappropriate relationship with her boss. She argued in her case that termination for being too good-looking should fall under the umbrella of gender discrimination because attractiveness is directly tied to gender. The judge disagreed.

There are other types of employment discrimination cases that touch on attractiveness as it pertains to sexual harassment and failure to adhere to certain gender norms – the latter being especially prevalent in the LGBT community. Often it’s the failure to meet the stereotypical norms that is actionable.

In 1976, the U.S. Supreme Court ruled in the case of Craig v. Boren that gender-based expectations of behavior at work are a violation of the Equal Protection Clause.

More recently in 2009, the U.S. Court of Appeals for the Ninth Circuit ruled in Kastl v. Maricopa County Cmty. College Dist. that it was unlawful for an employer to discriminate against a transgender employee for failure to conform to gender norms/an employer’s expectation of those norms, but dismissed the case anyway on unrelated grounds.

These same gender-norm-based discrimination claims can apply to men as well.