Most employment lawsuits based on federal discrimination laws must first go through the U.S. Equal Employment Opportunity Commission, better known as EEOC. With few exceptions, these cases involve the protected statuses as set forth in Title VII of the Civil Rights Act of 1964. The EEOC launches an investigation and then gives Notice of Right to Sue when the investigation is closed, which allows permission to file your federal or state employment discrimination lawsuit withing 90 days. You can request the right to sue sooner or, if you’re filing an age discrimination claim, you don’t have to wait. 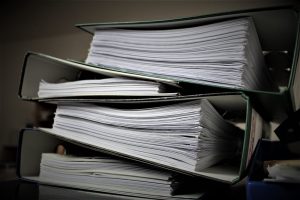 The idea was to resolve some of these matters without litigation, but also in a way that ensured maximum public good when an employer was caught unfairly treating workers. The EEOC doesn’t pursue government sanctions in every case (increasingly less so), but oftentimes information gleaned from that investigation can be helpful to your personal claim.

But apparently, the EEOC isn’t even doing much of that. In fact, an investigative co-report by the Center for Public Integrity and Vox. The report indicated an increasing number of workplace discrimination cases are being closed before they are ever even investigated.

This makes it all the more imperative that you reach out to a private employment attorney to ensure important evidence is preserved, you aren’t missing any key filing deadlines and that your rights are protected.

Why the EEOC Has Been Dropping the Ball on Cases

To be fair, it’s not all the EEOC’s fault, and it isn’t even the only government agency to suffer from it: Too many cases and not enough time or people to process them all. Meanwhile, Congressional leaders have been highly critical in the agency’s performance and backlog – yet it’s Congress that sets the budget that determines its resources. The number of American workers has shot up 50 percent in the last several decades, but funding for the EEOC has remained the same.

In response, the EEOC has been increasingly closing cases before they’re really opened. From 2008 to now, the agency has doubled the number of cases on its backlog that it

Since 2008, the number of complaints that were set on a low-priority track (ensuring there would be no review, no mediation or any real effort on behalf of the EEOC serve as a watchdog for these workers). Last year, the EEOC low-priority-tracked one-third of all the cases it received.

The EEOC has said it pursues those claims which it carefully weighs to consider which will have the greatest broad impact on workplace discrimination. Some had praised the EEOC when it recently slashed a third of its backlog the last two years – but that was in large part thanks to this practice of not even bothering to dig into these files.

Workers Have Rights. They Can’t Access Them if EEOC Won’t Investigate.

In one example, an accountant in Illinois explained how he went to file a complaint for help with compelling his employer to make accommodations for a few disorders from which he suffered, such as attention-deficit hyperactivity disorder. This is within his right under the Americans With Disabilities Act, but his employer had refused. The case, he said, was closed before he walked out of the appointment. The agency didn’t attempt to settle or even mediate the dispute. Instead, he was mailed his Notice of Right to Sue. The accountant said he didn’t want to sue anybody, only wanted fair treatment.

(It should be noted your California workplace discrimination attorney may be more successful in negotiating/mediating with your employer so that a lawsuit still isn’t necessary.)

In all likelihood, the agency is looking for easily winnable cases – to make the case to Congress that they need more money to pursue more cases. The number of complaints the agency took on has doubled compared to four decades earlier, but only with about half the amount of staff it had back then.

More and more workplace discrimination cases are being closed before they’re even investigated, June 14, 2019, Vox & Center for Public Integrity