Gender discrimination in California is rarely as blatant has it has been in the world of gaming. 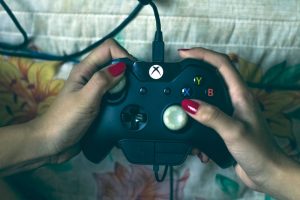 One study conducted by the International Game Developers Association revealed nearly three-quarters of women in the industry work in jobs outside of actual development, meaning in turn they aren’t represented in content, character representation, styles of interaction or systems of rewards within the games. Another survey conducted by the same group two years ago revealed roughly 75 percent of those responding are male, reflecting little change in the last decade, lending credence to its reputation as a “boys club” and resulting in games that that tend to be less inclusive and misogynistic.

Now, the embattled developer of one popular game is now facing investigation by the California Department of Fair Employment and Housing for ongoing gender discrimination. This is the same company that has been named a defendant in recent litigation over its reportedly toxic misogynistic culture.

Investigators with the agency are demanding the company, Riot, maker of the game League of Legends, produce its employee compensation information to ascertain whether female workers are being paid equitably compared to their male counterparts. The company has refused to produce this information of its own accord when asked.

According to tech news outlet TheVerge.com, the state agency is reportedly investigating the company not just for gender discrimination/pay inequality, but selection in hiring and promotion, sexual harassment and sexual assault.

As Los Angeles gender discrimination attorneys can explain, the state agency has broad authority to investigate alleged or suspected civil rights violations. Companies that refuse to cooperate with these investigations will find that the agency can pursue legal remedy through the courts, ensuring evidence is timely received and investigations continue unimpeded.

A company spokesman insists the firm has been acting in good faith to assist the state in its inquiry, noting it has thusfar already produced some 2,500 pages of paperwork pertaining just to employee pay. The company has also reportedly asked the state to participate in a conference call to discuss the documents they are seeking, but the state has yet to respond. Progress on gender equality and diversity, the spokesman said, has been deliberate and substantial in recent years, the spokesman said, adding company leadership is looking forward to demonstrating this to the state and the general public.

The company did hire a new diversity officer in the spring, but that was before a group of female employees staged a walkout to draw attention to what they say are discriminatory practices that put female professionals at the firm at a distinct disadvantage.

Although females comprise a significant percent of consumers who play video games (48 percent), they account for just 22 percent of those working to develop those games. That’s according to the Entertainment Software Association. Nearly half of all developers agree there is a clear lack of gender diversity in their ranks.

It should be noted that even this 22 percent figure is a substantial increase – a figure that doubled from 2009 to 2015.

Gender discrimination attorneys note that this important not only for the individual gamers involved, but also for the industry and economy as a whole. Games produced with more women at the helm are more inclusive, appealing to a wider audience and spurring more sales.

Plus, companies that systematically discriminate on the basis of gender often find themselves embroiled in controversy and lawsuits that cost them not only time and money, but talented people and public support.