It seems wherever there is a law to protect employees from harassment in the workplace, there is another law that harassers will try to 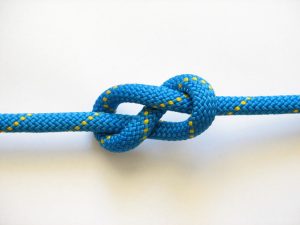 exploit to silence their victims. State legislators are looking to tie up some of those loopholes to continue the momentum created by the #MeToo Movement. Their mission is to encourage employees to report wrongdoing without fear of repercussions and also give employers more freedom to side with and protect victims.

AB-2770, introduced by Assemblymember Jacqui Irwin (D-Thousand Oaks), would expand the information a former employer is allowed to disclose to a prospective employer to include sexual harassment allegations. Current law allows a prospective employer to ask a representative from the candidate’s previous place of employment if the company would re-hire that person if given the opportunity. The new bill would allow the former employer to cite, without malice, accusations of sexual harassment with credible evidence as the reason they would not hire back an employee. It also provides protection to employees from retaliatory defamation lawsuits in response to formal harassment accusations being filed. This would set a standard that would allow accusers and employers the freedom to discuss credible allegations more freely.According to the Ventura County Star, some recent cases spurred the creation of this bill, in which the accused would file defamation lawsuits against their former employers and even their accusers, despite credible evidence of their actions.  In one case, an employee sued his employer for falsely accusing him of sexual harassment in the middle of the company’s internal investigation of the matter. In the other two most prominent cases, the people accused of harassment took legal action against their accusers as retaliation for filing lawsuits or making complaints to authorities, claiming everything from defamation to emotional distress to libel and slander.

The courts have generally proven just and fair in each of these cases. However, our experienced sexual harassment attorneys in Orange County can explain that these kinds of lawsuits are often about spectacle and intimidation, attempting to scare more accusers from coming forward out of fear they too will have to endure the emotional stress of additional court time. The maneuver is legal “gaslighting” of sorts — a term used when someone uses manipulation tactics to make the person who is being manipulated doubt their own senses and sanity. Similarly, the accused might file a defamation lawsuit to position themselves as the real victim in the situation and confuse their accuser, making them doubt their own claims. AB-2770, if passed, would cut down the number of these cases that ever make it to court, easing this terrible burden on harassment victims.

Another legal loophole harassers have relied on to keep victims silent has been making employees sign non-disclosure agreements. These documents are sometimes written so tightly, victims are given little room to seek outside help for wrongdoings that occur in the office, causing them to remain silent for fear of recourse.

Such manipulations are appallingly common. This is why it is so crucial to have experienced employment lawyers at your side. We cut through the scare tactics and make sure you and your rights come first and foremost. We will help you build the strongest case possible and battle against dubious counter-measures intended to silence you.