It seems wherever there is a law to protect employees from harassment in the workplace, there is another law that harassers will try to

exploit to silence their victims. State legislators are looking to tie up some of those loopholes to continue the momentum created by the #MeToo Movement. Their mission is to encourage employees to report wrongdoing without fear of repercussions and also give employers more freedom to side with and protect victims.

AB-2770, introduced by Assemblymember Jacqui Irwin (D-Thousand Oaks), would expand the information a former employer is allowed to disclose to a prospective employer to include sexual harassment allegations. Current law allows a prospective employer to ask a representative from the candidate’s previous place of employment if the company would re-hire that person if given the opportunity. The new bill would allow the former employer to cite, without malice, accusations of sexual harassment with credible evidence as the reason they would not hire back an employee. It also provides protection to employees from retaliatory defamation lawsuits in response to formal harassment accusations being filed. This would set a standard that would allow accusers and employers the freedom to discuss credible allegations more freely. END_OF_DOCUMENT_TOKEN_TO_BE_REPLACED 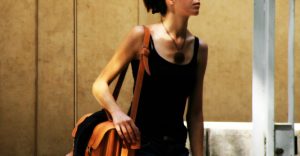 Comparably polled more than 22,000 employees over a cross section of all industries. The results showed more than a quarter (26 percent) of women report having been sexually harassed at work. In tech fields, that number goes up to 28 percent of women surveyed.  END_OF_DOCUMENT_TOKEN_TO_BE_REPLACED