Employment activists in California are funding an analysis by legal research and policy managers at UCLA Labor Center to ascertain how feasible it might be to pass laws requiring “just cause” for employee termination to replace “at will” employment – at least in some industries. New York state recently passed a law requiring fast food industry employers to have “just cause” before terminating employees – a major shift from the standard “at will” employment that gives employers the power to terminate any employee at any time – and for most reasons, so long as it isn’t discriminatory and retaliatory. 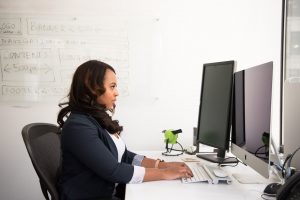 Requiring “just cause” could potentially shield workers from firings that are unfair, arbitrary or retaliatory. In the case of the New York law, fast food employers will have to have a good reason to fire a worker, prove it if the worker contests it and establish systems of progressive discipline for most terminations. There is hope (or fear, depending on your viewpoint) that this same type of law could be passed in cities with progressive worker protections, or possibly statewide in a place like California.

The UCLA researcher, however, told Bloomberg Law that while many have been enthused by this rare shift, widespread policies are “a hard sell” that are going to require a major shift in the current paradigm. Not to mention the fact that business interest groups would likely fight such moves tooth-and-nail.

Restaurant industry groups decry the New York law, which goes into effect next year, as posing an impossible legal challenge for business owners, whom they say will now need to prove justification every time an employee is fired.

What Exactly is At-Will Employment?

At-will employment is effectively the standard for workers in the U.S. who aren’t protected by a union or other sort of employment contract. (It’s far less common in Europe.) Essentially what it means is that a worker is allowed to quit – and employers are allowed to fire them – at any time and for pretty much any reason (again, save discrimination and retaliation.)

Montana is the only state in the U.S. that imposes substantial limits to employer’s ability to fire workers.

In California, per California Labor Code 2922, all employment in the state is presumed “at will” unless those involved agreed otherwise or there is an applicable exception. It should be noted that even many employees with contracts may still be “at will” because it is spelled out in those contracts (the employers make sure of it).

Sometimes, there are “implied contracts” that can be exceptions to at-will employment. These can be oral agreements, or the courts may consider the actions of both parties as to whether there was an understanding that the worker wouldn’t be fired without a good reason. For example, let’s say an employee handbook lists several reasons why one might be terminated, such as poor job performance or some type of misconduct. Further, it’s been the practice of the company that workers are kept on staff as long as their job performance is acceptable. If an employee with stellar reviews and no reports of misconduct is fired so that the owner’s nephew can take over the job, that employee might have grounds for a wrongful termination claim. The handbook and past practices were indicators the worker could have reasonably expected to keep their job.

If a fired employee can show they were employed under an express or implied contract, they may be able to argue wrongful termination under the implied covenant of good faith and fair dealing exception. This holds that an employer acts in bad faith to deprive you of your employment agreement when they do so in violation of their own personnel policies, to keep the worker from earning some other benefit (like a pension) to which they otherwise were entitled or in lying about the reason the worker was fired.

It should be noted that federal law prohibits employers from terminating workers in retaliation for reporting discrimination, harassment or unsafe working conditions. But as our Los Angeles employment attorneys can explain, retaliation cases can be difficult because the onus of proof is on the worker to establish the action was retaliatory. Plus, workers often don’t report harassment or unsafe working conditions because they are afraid they’ll be fired. Just cause laws could help better enforce anti-retaliation laws in the employment sector.

Los Angeles does have something called the “right of recall” ordinance, passed in response to the pandemic, that is essentially a “just cause” requirement in some cases. The law requires companies that lay off workers due to the pandemic to recall those same workers back first before hiring new workers. It’s applicable to certain workers in the hotel, airport, building services and event center industries. If a worker complains they were not rehired in accordance with the ordinance, the burden of proof is on employers to establish the worker was fired for a disciplinary reason.

This is a marked deviation from the state’s “at-will” standard. It’s worth pointing out that California generally has strong, employee-friendly laws (particularly compared to the rest of the country) so many businesses are more likely to carefully document their reasoning for termination anyway.