In the case of Cote v. Wal-Mart, Inc., filed within the U.S. District Court for the District of Massachusetts, alleges the big box chain store engaged in gender discrimination when it refused to extend spousal benefits to the wife of a female employee. 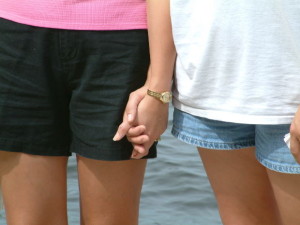 This argument hasn’t yet been vetted in courts, though that is the stance of the U.S. Equal Employment Opportunity Commission. In this case, plaintiff filed a complaint with the EEOC last year, as a prerequisite to filing her lawsuit against her former employer. The EEOC determined Wal-Mart had engaged in discrimination by denying benefits to the worker’s wife.

According to news reports of the case, the employee sued the company on the basis of its prior policy of denying health care insurance to husbands and wives of gay and lesbian employees. Plaintiff seeks class action certification for her lawsuit, which was filed in Boston, Mass.

The case against the largest employer in the country involves a policy that was in place until just last year. That’s when the company agreed to extend health insurance benefits to same-sex spouses. That shift in policy change only happened after the U.S. Supreme Court ruled in 2013 that the Defense of Marriage Act could not be cited as an excuse not to extend federal benefits to gay couples who are married.

Even since that change, workers at the company are reportedly fearful that they could lose their benefits at any time. The lawsuit called these benefits a “matter of grace,” an insecure service that could at any time be taken away if, say, someone incurred sizable medical bills due to serious illness.

In this gender discrimination complaint, plaintiff had worked for Wal-Mart stores in both Massachusetts and Maine for more than a dozen years when her wife, whom she married in 2004 when it became legal in their home state, fell ill with cancer. Plaintiff repeatedly attempted to get her insurance to cover her spouse’s illness, but the company refused.

As a result, the couple racked up more than $150,000 in medical debts. The wife is now being cared for in a hospice facility.

The argument for gender discrimination is that the company treated the homosexual employee differently (i.e., denied insurance to a spouse) than they would someone of the opposite gender in this same position.

But Wal-Mart – and many other companies for that matter – have argued that federal anti-discrimination laws do not extend to homosexual employees. Thus, it was not required to provide benefits to same-sex spouses. This firm, like many other large corporations, is self-insured, which means federal laws governing employee benefits are applicable. However, when third-party insurance companies are involved, then state law applies. It’s worth noting that in California, state law does protect against discrimination on the basis of sexual orientation.

Because so many other companies have or previously had similar policies regarding same-sex marriages and health benefits, we see the opportunity for legal challenges nationally as ripe.

This lawsuit seeks to certify class action status for all current and former staffers who are both gay and were married prior to Jan. 1, 2014. The lawsuit sseeks the value of benefits denied, in addition to any medical expenses that were paid out-of-pocket.