One of the most dearly held rights Americans have is stated in the First Amendment to the U.S. Constitution: The right of free speech.

It allows us to speak our minds without fear of government infringement. 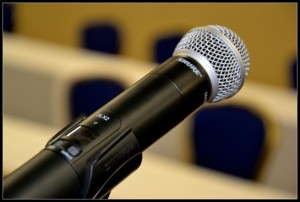 But that’s just the thing: It pertains to government infringement, not infringement by private companies. And what’s more, if the government is the employer, the worker may be limited in what he or she can say without facing termination as well.

The circumstances under which speech may be protected will be based on the kind and purpose of the speech. So for example, if a worker for an airline speaks out about a major safety concern that’s been ignored by company officials, that could be considered protected speech because it is carried out in the interest of public safety. That worker may even have whistleblower protection. However, if that same worker puts the airline CEO on blast on the worker’s social media page, that might not be protected, and the company could have the right to take adverse employment action.

Bottom line is these decisions are very fact-specific, so one must really consult with an experienced employment attorney before deciding what course of action to take, and whether you have a solid case.

The recent case of Rock v. Levinski highlights the kind of hurdles employees in this situation can face in successfully bringing legal action against an employer. Recently weighed by the U.S. Court of Appeals for the Tenth Circuit, this case involves the First Amendment rights of a school district principal who spoke out publicly on the district’s decision to close her school.

The statements did not go over well with the school board.

According to court records, plaintiff was principle at a high school in New Mexico from 2009 to 2013. The high school served as an alternative for students who had babies before graduating, were expelled from other schools or who didn’t feel comfortable at other locations.

In spring 2013, plaintiff learned the district planned to shutter the school at the end of the year to save money.

A meeting was held in which plaintiff and her supervisor planned to explain the closing of the school to parents and students. She did not organize or publicize the meeting, though she did send out a written notice to parents.

During the public comments portion, the principle addressed the audience as the principal and expressed worry that some students may not feel comfortable and would not succeed in a larger school. At one point, a student at the meeting became disruptive, and the principal calmed him down. At the close of the meeting, the principal thanked everyone for coming.

The following day, the school board announced it would keep the school open. However, principle’s supervisor with a growth plan indicating her previous work had been unsatisfactory. The plan also included a provision that she would not speak to anyone bu the superintendent about concerns that students could not succeed outside of her school.

However, superintended disagreed with this plan and instead immediately placed her on leave and declined to renew her contract. Shortly thereafter, she was named Principle of the Year by the state high school principle association.

She later filed a First Amendment retaliation claim against her employer, alleging the school unconstitutionally retaliated against her for speaking out in opposition of the school closing.

District Court granted summary judgment to all defendants, finding plaintiff’s speech was not protected because it was made in accordance with her official duties. Further, even if she didn’t speak in her capacity, the school district’s interest in efficient service to the public outweighed her right to free speech, and further, the superintended was entitled to qualified immunity as a government employee.

The federal appeals court later affirmed based on the second assertion.