Retail giant Wal-Mart has agreed to pay $75,000 to settle a disability discrimination lawsuit that was filed by the U.S. Equal Employment Opportunity Commission after the company allegedly broke federal discrimination laws in its treatment of a worker who had survived cancer. 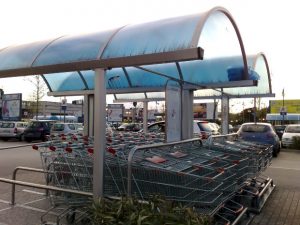 According to the EEOC, the worker was employed at a store in Illinois. After successfully undergoing treatment for cancer, she suffered some limitations that required accommodation at work. However, the retail company is accused of not extending her those accommodations and further not addressing harassment against her. In order to continue working, plaintiff needed a modified schedule and a chair. Management worked out a modified schedule fora time, but later revoked it without stating why. The store also refused to provide a chair in plaintiff’s work area, explaining she would have to be responsible for hauling the chair over from the furniture department to the area where she worked – a task that was next to impossible given her physical limitations. On top of this, plaintiff endured cruel remarks from a co-worker who went unpunished after calling her names like, “chemo brain” and, “cripple.”

This kind of alleged conduct is a clear violation of the Americans with Disabilities Act, which strictly bars discrimination against workers based on their disability. Discrimination can include the denial of a reasonable workplace accommodation to the employee. It can also mean subjecting them to a work environment that is hostile.

Our Orange County employment attorneys know that cancer survivors are among those who are protected by employment discrimination laws. By federal law, your employer is not allowed to treat you differently from other workers as far as your job-related activities because of your history of cancer, as long as you are qualified for the job. Specifically, the Americans with Disabilities Act and the Federal Rehabilitation Act make it illegal for most employers, employment agencies and labor unions to discriminate against people who have cancer or had it in the past. Local, state and federal workers are covered under these provisions as well.

It should be noted that the ADA only covers private employers with 15 or more employees, plus most government agencies and labor unions. Meanwhile, the Federal Rehabilitation Act extends to companies of any size that get money, equipment or contracts from the federal government. These could be hospitals, schools or defense contractors.

The effect of cancer on an individual will depend on a number of factors, including the primary site of the cancer, the health and age of the individual and the type of treatments administered. The most common side effects include pain, weight loss, fatigue, problems eating, hair loss, low blood counts, vomiting, memory and concentration loss, respiratory problems and depression.

Those who have cancer or who are in remission are generally easily found to have a disability within the meaning of federal law. The ADA mandates employers provide adjustments or modifications that are reasonable and allow employees with disabilities to enjoy equal employment opportunities. Failure to do so can be grounds for an employment lawsuit.