A major national job placement company is accused of discriminating against black workers in favor of Hispanic workers in factories, on assembly lines and in low-skilled positions. The claim was made in a federal class action lawsuit recently filed on behalf of numerous African American workers, who say companies favored Hispanic workers because it was believed they would be less likely to complain about poor working conditions and pay. 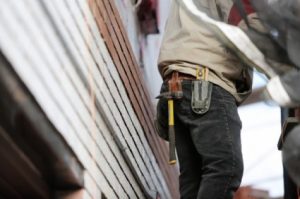 The lawsuit, filed in a federal court in Chicago, alleges a temporary employment agency called Personnel Staffing Group LLC and its clients used code words to conceal hiring decisions that were racially motivated and in violation of federal civil rights law. For example, they would refer to black hires as “guapos,” which is Spanish for , “pretty boys.” This was intended to mean they would not be open to doing “dirty work.” Meanwhile, they referred to Hispanic workers either as “feos,” which is Spanish for, “ugly ones,” or sometimes as, “bilinguals.”

Black workers say they were given just one assignment, sometimes over the course of several months, despite showing up every day. They would wait hours for an assignment that never came, watching as one-by-one, the Hispanic workers were called to various jobs. Some of the black workers say that when they were given an assignment, it was often for the most dangerous, undesirable posts. Plus, they were usually the only workers who received background checks, while their Hispanic counterparts did not.

Our L.A. employment attorneys believe this is an issue we’ll be seeing now and into the future, as the temporary employment sector is one of the fastest-growing in the nation. Just in Illinois, where this case was filed, there are more than 300 temp agencies with over 900 offices. Unfortunately, there are a fair amount of companies who utilize these companies to engage in discriminatory hiring practices, yet dance around anti-discrimination laws. By using these job placement agencies, companies can “launder their overt discrimination,” according to one of the employment attorneys on the case.

The job placement agency in this case, Personal Staffing Group LLC, has more than 60 offices in 40 states. It sometimes goes by the moniker MVP or MVP Staffing.

This particular lawsuit was filed on behalf of five black workers and seeks class certification that could potentially cover thousands of black workers who may have been denied jobs on the basis of their skin color. Defendants, which include Personal Staffing as well as seven client companies, are accused of either outright excluding black workers or else severely restricting the assignments for them. In addition to the aforementioned Spanish language terms, agency workers sometimes made references to street gangs or certain types of clothing to indicate that companies didn’t want black workers sent to their work site. Those companies that didn’t want to have black workers on site would send black laborers back after a single day with a notation indicating, “Do Not Return.”

At least one former employee for the temp agency testified in a sworn statement that management instructed agency workers not to send black workers to certain clients because they would risk losing those accounts. Another worker indicated that workers were instructed to be deceitful to black workers by indicating there was a “hiring freeze” when workers asked why certain companies wouldn’t hire them. When some temp agency staffers pointed out this was illegal, management reportedly responded that because it was a directive from the client, any legal liability would be on the client, not the temp agency.

As they are now finding out, that is not true.