Employers using social media platforms to advertise jobs and recruit potential employees is nothing new. Some did run into trouble tailoring their job ads to certain audiences (by age, gender, location, etc.), but most of those fields have been eliminated. Now, some employers are shifting their recruiting efforts to TikTok, a wildly popular video-sharing social networking service. 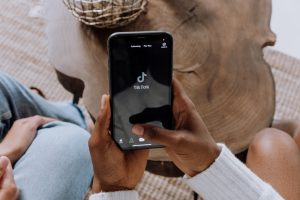 Last month, the company even launched its own pilot program with its own website that allowed people to apply for jobs through the app, which offered resources, tips and how to make a good pitch. Meanwhile, many employers, facing significant worker shortages, are using the app to reach out to potential workers.

By virtue of the fact that it is a video-based provider, it does leave prospective employees vulnerable to looks-based discrimination, sometimes referred to as appearance discrimination or lookism.

Recent examples of appearance discrimination include:

That said, our Los Angeles employment lawyers can explain that potential liability for appearance discrimination can arise when a physical trait being judged is a mutable or immutable characteristic of a protected class. For example, a Black prospective employee might be discriminated against for having certain afro-centric hairstyles. Hair-based discrimination can also occur with those of certain religious or cultural connections (Native Americans, Rastafarians, Sikhs, etc.). We might also see LGBTQ discrimination stemming from “appearance discrimination” if one is denied opportunity based on their lack of conformity to certain norms of gender identity.

In generally advised employer/recruiting practice, employers are generally advised to scrub resumes of protected information that might be used to discriminate (or “anonymize” them) so that all prospective employees have a fair chance and the company isn’t vulnerable to such accusations. But TikTok, with its platform that is entirely visible, puts the appearance of prospective employees front-and-center.

Some human resources experts say companies might be able to avoid this problem is to have a third-party organization provide them with a sanitized version of the content of applicant’s video and their credentials.

Another way such practices could be discriminatory is that older workers (those over 40) are likely to be disadvantaged because they are far less likely to use the app. This would be especially an issue for an employer who only used this app and no other recruiting tools.

New Research Reveals Why ‘Appearance Discrimination’ Is Making Workplaces Even More Toxic, More than 1 in 4 employees have experienced discrimination due to their looks. Most often, it happened to women, Oct. 2019, By Marcel Schwantes, Inc.

With TikTok Resumes, the social media app is betting on the future of video resumes, July 26, 2021, By Jennifer Liu, CNBC