For the first time in nearly two decades, the U.S. Equal Employment Opportunity Commission (EEOC) has revised its guidance on the issue of workplace retaliation. This is an important issue because retaliation is the most frequently-alleged basis of discrimination in federal lawsuits. It occurs when an employer fires, demotes, harasses or otherwise takes an adverse employment action in retaliation for a worker alleging discriminatory conduct. 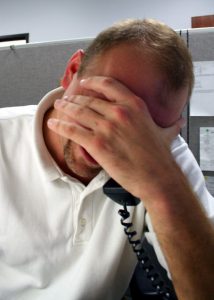 The new EEOC Enforcement Guidance on Retaliation and Related Issues broaden and clarify the definition of what protected activities are. It also outlines the seven U.S. Supreme Court decisions on retaliation that have been handed down since the agency’s last update on the issue back in 1998.  The new guidance notes certain expansion of retaliation rules based on changes in case law.

What is Protected Activity Under New Retaliation Guidelines?

This includes testifying, assisting, alleging or participating in an investigation into a discrimination action.

What is Retaliatory Action?

The EEOC also has an list of what constitutes as a retaliatory action, which can come in many forms. It’s not an exhaustive list, but it includes:

It’s important to note that just because an action doesn’t directly affect the worker’s benefits or paycheck does not mean it won’t qualify as retaliation.

The U.S. Supreme Court’s decision in University of Texas Southwest Medical Center v. Nasser held that non-federal workers still must prove “but-for” causation. This does not mean that discrimination or engagement in a protected activity was the only reason for the adverse employment action.. Rather, as the EEOC puts it, the discrimination or protected action was “the straw that broke the camel’s back.” In other words, there may be other factors – even legitimate ones – that played a role in the employer’s decision to engage in adverse employment actions. However, it was the discrimination/protected activity that ultimately proved a significant factor in the adverse action.

Evidence of retaliation could include:

Some facts that could defeat a claim of retaliation might include:

Retaliation claims account for nearly 45 percent of the cases handled by the EEOC in 2015. Employers need to be educated about their responsibilities, and workers need to know their rights.

Our Orange County retaliation attorneys can help you determine whether you have a viable claim and the best course of action for a favorable outcome.