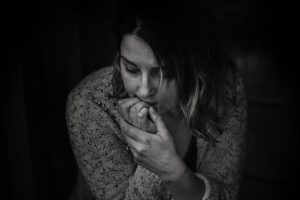 What’s more, the EEOC said the company declined to promote her due to her disabilities and in retaliation for her reporting of the harassment. Management reportedly even went so far as to discriminate against a non-disabled department manager, due to her association with the employee in question as well as the manger’s attempts to protect her from harassment of the other employees.

Such acts are prohibited under the Americans With Disabilities Act of 1990. Employee discrimination on the basis of disability or association with a disabled person and retaliation for opposing such discrimination are banned.

After the U.S. District Court for the Northern District of West Virginia denied the company’s motion for summary judgment to dismiss the case, the company voluntarily agreed to settle for $100,000.

When Does Teasing Become Harassment in the Workplace?

Although no one wants to work in an entirely sterile environment where lighthearted banter is strictly banned, employees in protected classes have a legal right to expect that these interactions won’t cross a line. The tricky part for many companies is determining what that line is when the same comment could be laughed off by one worker while making another feel targeted.

There are many types of “teasing” that could easily fall under the umbrella of harassment, and companies have a responsibility to take each report seriously.

In a survey a few years ago by Personnel Today, 50-70 percent of the 4,000 human resources personnel queried said it was acceptable to tease people about their hair color, accent, baldness, shortness, fashion sense, large/small body parts, wearing glasses, having a speech impediment, being overweight or having an unusual name. As our Orange County disability discrimination lawyers can explain, none of these are specifically protected categories under federal or California employment law. However, they each represent a slippery slope.

For example, repeated comments about someone’s baldness, wearing glasses and grey hair could be construed as evidence of age discrimination. There is no law against discrimination against someone for having an accent, but employees in those cases could be protected under provisions of Title VII of the Civil Rights Act of 1964 pertaining to national origin discrimination. Repeated comments about someone’s speech impediment and inability to hear (as in the case of workers at the West Virginia retailer) can easily be construed as disability discrimination – particularly if there is evidence employment opportunities were denied on this basis.

And that’s the problem in so many of these cases: Workers and even managers see these interactions as “harmless teasing,” when in fact it can fall within the definition of discrimination.

Failure by companies to act in these cases can result in serious damage to worker morale – and expensive consequences for the business itself.

In the eye of the beholder? When does teasing at work become harassment? June 13, 2007, By Kirstie Redford, Personnel Today