Sometimes the terms “wrongful termination” and “retaliation” are tossed around in the context of employment lawsuits, but there is often a fundamental misunderstanding of what these mean in legal terms. 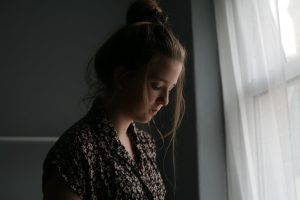 What they do not mean is simply “unfair” actions by an employer. California is an at-will employment state, meaning employers can fire you for any reason at any time – with or without cause. The employer doesn’t need a “good reason.” However, there are exceptions – primarily as outlined in the California Fair Employment and Housing Act.

Wrongful termination occurs when an employee is fired for an impermissible or unlawful reason. There are a long list of exceptions to the at-will employment rule, and they include termination based on things like gender, race, nationality, religion, pregnancy, age, disability/medical condition and sexual orientation. It can also include termination for filing complaints about workplace health and safety or employee injuries.

Wrongful termination can be a form of retaliation, which occur when adverse action is taken against an employee for reporting a company’s violation state Labor Code and other laws.

Retaliation, Wrongful Termination Can Be Difficult to Prove

Section 12940, subdivision (h) of California Labor Code makes it unlawful for an employer to discharge, expel or otherwise discriminate against a person because they opposed prohibited practices by the employer and/or filed a complaint, testified or assisted in any proceeding to that end.

To establish a prima facie case for retaliation under FEHA, the worker needs to show he/she was engaged in a protected activity, the employer subjected the employee to adverse employment action and there was a causal link between that protected activity and the employer’s action. If that can be proven, the case proceeds with the employer allowed to offer evidence that there was a legitimate and non-retaliatory reason for the adverse employment action. If that can be established, the presumption of retaliation is removed and the proof burden is back on the employee.

Employers can often come up with a myriad of excuses for adverse employment actions after the fact, so it’s not uncommon for plaintiffs to be faced with the proof burden and an uphill battle. Our Los Angeles wrongful termination attorneys know what it takes to win these cases, and we will always fight for your best interests.

Recently in a case before a California appellate court, plaintiff’s retaliation/wrongful termination lawsuit did not end in her favor after the courts agreed she had not proven her termination was in retaliation for reporting a workers’ compensation claim.

Plaintiff was hired part-time in 2008 by the county. Five years later, she was given a full-time position as a mental health worker of sometimes violent patients. Less than one year into that position, she and other workers raised safety concerns about the facility. A few months later, she was attacked by a patient and filed for workers’ compensation. Feeling unsafe, she sought work in a different department. She took another position with the county, but the verbal offer was later rescinded when she reportedly failed to satisfactorily complete her probation period.

Her lawsuit alleged the offer of employment was rescinded due to her reporting safety concerns and filing for a workers’ compensation claims. However, the court found the safety concerns expressed did not fall under the umbrella of FEHA because it did not regard a specific employment practice made unlawful by FEHA. As to the workers’ compensation claim, these can be protected activity, but the court noted the determination of what is considered protected under state labor laws is inherently fact-driven. Here, the workers’ compensation claim was not related to any discriminatory practice, as she sought – and received – treatment for her injuries and produced no further evidence this was the basis for her later termination.