Two former full-time instructors providing services for the General Assembly while employed by a New York-based contractor say they were wrongly classified as independent contractors. The instructors, hired to teach both part-time and full-time courses in fields of technology, business and design, say they were wrongly denied overtime pay, rest breaks and meal breaks – despite working up to 16 hours daily to prepare lessons, grade assignments, meet with students and attend marketing events. As reported by EdSurge, the instructors say they were paid a flat fee, despite working 80 hours each week. In violation of California Labor Code, the instructors allege the company failed to document how many hours they worked and pay them overtime wages accordingly. They represent more than 1,200 current and former instructors who reportedly taught for the firm from 2013 through this year. 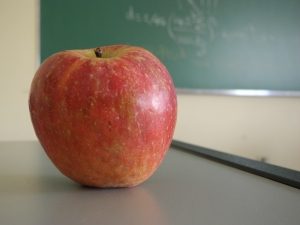 In March, the judge proposed – and both parties agreed – to a $1 million settlement, which was signed in July and is now awaiting approval from the judge. After administrative and legal fees, there will be about $590,000 to split among the more than 1,200 instructors.

The case is unique for the fact that while we tend to think of the growing “gig” economy as being the primary source of a growing number of California employee misclassification lawsuits, many fields have employed independent contractors and allegedly failed to pay them.

A national survey published by economists with Harvard and Princeton in 2016 revealed about 8 percent of workers in the education sector are classified as independent contractors. The question in these cases is whether instructors who provide teaching services for education companies providing working that is outside the usual course of business.

In April, the California Supreme Court ruled that businesses must pass a three-part “ABC test” to lawfully classify a worker as an independent contractor versus an employee. The test involves asking whether:

Many education companies have found themselves grappling with the question of whether their are improperly classifying their labor. For example in Colorado, the state’s labor department fined a company for wrongly classifying online tutors as independent contractors. However, the firm successfully appealed that fine. But similar questions are being raised at education companies throughout the country.

In the California case, the company in question declined to answer a reporter’s questions concerning how exactly workers are classified now, but issued a statement indicating it does comply with state and federal employment statutes in the 15 cities and five countries wherein it operates campuses. Former employees for the education company said that while they were told instructors need to offer professional expertise on top of its curriculum, realistically teaching classes was a great deal more work.