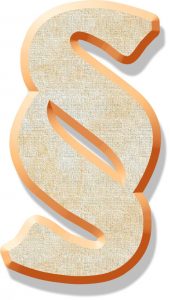 There are various exceptions to the overtime requirements, and employers should carefully consider these when staffing needs arise.

Notice of Employment Rights Pertaining to Domestic Violence, Sexual Assault or Stalking: Prior to 2017, employers were prohibited from discriminating or retaliating against victims of domestic violence, sexual assault or stalking when they were absent from work for specified purposes related to these acts. Assembly Bill 2337 expanded these protections by requiring employers to notify employees of these rights upon hiring, or upon request. It also directed the Labor Commissioner to develop an appropriate form for employers’ use to comply with this notice requirement.

Recreational Marijuana: Marijuana for recreational use was legalized in California as of November 9, 2016. The bill also contained explicit provisions for both public and private employers to enact and enforce workplace policies pertaining to marijuana. According to the California Chamber of Commerce, this protects employers’ ability to prohibit use, possession and impairment at work. Employers may also continue to enforce drug testing policies as appropriate. While the political climate of California has taken a deliberate shift in favor of marijuana, employers must nonetheless protect themselves from civil and criminal liability by preventing impairment in the workplace. This may include written policies, pre-employment drug testing, random drug testing, or enacting zero-tolerance and/or drug testing policies for accidents in the workplace.

Employers have a duty to stay abreast of all changes in employment law and comply with new regulations. Ignorance of the law is no defense. By consulting with an experienced Orange County employment law attorney, employers can protect themselves for liability for noncompliance.

California Employment Laws You Need to Be Aware of in 2017, April 17, 2017 by Shawn Lealos, CBS Los Angeles