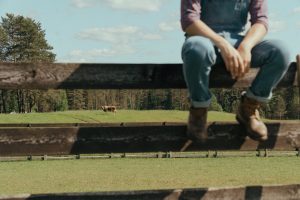 Recently, farmworkers in a San Joaquin County labor lawsuit were compensated for rest breaks that were not paid. However, the California appellate court would not allow them recovery under two separate statutes.

The lawsuit was initially filed in 2009. Plaintiffs in Sanchez v. Martinez filed on behalf of dozens of other farmworkers, alleging defendant failed to pay workers for rest periods. At trial, the court sided with the plaintiff, awarding little more than $400 in damages but nearly $18,000 in civil penalties for the employer’s failure to pay workers time spent for rest breaks. However, the appellate court declined to award employees damages that equaled minimum wage for their rest breaks PLUS an additional hour of pay per break. The workers appealed this decision, but it was upheld.

The appellate court reasoned that to do so would be to compensate plaintiffs twice for the same offense. To recover damages for the same incident under more than one law would be considered “double dipping.”

It is true that California labor law requires employers to pay workers during rest breaks – as well as an additional hour of pay when they fail to provide rest breaks. However, the claimants in this case plaintiffs did not allege they were unlawfully denied rest breaks. Rather, they argued they weren’t paid for the time they took them.

As our Orange County wage and hour lawyers can explain, piece-rate workers are those paid according to the number of units they create or collect, as opposed to the number of hours they work. So an employee who gathers 100 pieces of fruit in an hour is going to receive more than one who collects 85 in an hour.

But just like other workers, piece-rate employees must be compensated for their rest and recovery periods. That compensation must be paid separately from and in addition to the piece-rate they are paid, according to a 2016 state law update that also requires employers to pay for rest and recovery breaks at an hourly rate (ascertained by dividing the total workweek pay by total ours worked that week – excluding rest/recovery break times).

Workers employed in agriculture or other outdoor work have the right to adequate breaks for rest when temperatures soar over 85 degrees Fahrenheit. That means at least 5 minutes in a shaded area as needed. This law applies regardless of a worker’s immigration status. Employers who don’t provide the proper breaks for these workers are penalized by paying the employee for a full hour of pay for every break missed.