Although sexual identity is not explicitly protected on the federal level for public employees, California law does provide protection, as do some local-level policies. 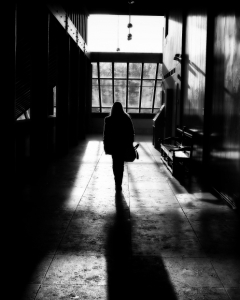 LGBT employees have the right to enjoy a harassment-free, discrimination-free work environment.

In the recent case of Flood v. Bank of Am. Corp., before the U.S. Court of Appeals for the First Circuit, an employee asserted she received disparate treatment because of her bisexuality. She stopped reporting to work for this reason, and was subsequently fired. She sued under a state human rights law (this occurred in Maine), and the bank was granted summary judgment by the district court. However, the federal appeals court reversed on the portions of her claim pertaining to hostile work environment and wrongful termination, finding a reasonable jury could find the bank’s reason for firing the worker was pretextual and was actually due to her bisexuality. That means the plaintiff now gets a crack at a trial.

As in many cases, bosses did not specifically say the worker’s sexual orientation was the underlying reason for adverse actions, but as in many cases, there is a fair amount of circumstantial evidence to prove the truth.

According to court records, worker was a customer service representative for a bank at a 24-hour call center for four years, starting in 2006.

Three years into the job, she was moved to a position requiring her to handle a greater number of calls. While in this position, she met a female janitorial worker whom she began dating. They often spent their breaks together, and her girlfriend sometimes stopped by her desk to drop off a soda or talk for a couple minutes.

A senior official at the company and two immediate supervisors reportedly did not approve of this relationship. The precipitating event occurred in the spring of 2010, when the senior supervisor and plaintiff were at a social event in which plaintiff sat at an LGBT table. Supervisor saw a photo of plaintiff and her girlfriend embracing and reportedly gave plaintiff “a look of shock” and walked away. Plaintiff said this was when management first became aware of her sexuality.

Senior official then complained to the LGBT sponsor of the event that the photo of plaintiff was inappropriate because it showed alcohol. The photo was removed. No photos of heterosexual couples were removed.

After that, plaintiff alleges, the senior official – once warm and friendly with plaintiff – became cool and distant. She no longer exchanged pleasantries or smiles in the hall. she made mean remarks about plaintiff’s hair and eating habits and sometimes glared at her. Supervisor then inquired about plaintiff’s relationship with the janitorial worker.

Plaintiff then began to receive poor employee evaluations, both from her immediate supervisor and the senior supervisor. Prior to that, her reviews had been especially positive. Suddenly, she wasn’t meeting expectations. Additionally, while other workers often discussed their personal lives with each other, plaintiff was instructed to keep commentary about her personal life to herself. And while other workers in her position were granted leave to attend various functions with affinity groups, plaintiff was instructed she could not do so to attend LGBT group meetings.

The senior supervisor further indicated plaintiff’s girlfriend should not “hang around” at her desk – for “perception purposes” – and indicated it would be better for the janitorial worker to hear it from plaintiff than the latter’s boss, which plaintiff interpreted as a threat. Later, the girlfriend did receive a verbal warning from her own employer.

Plaintiff called senior supervisor’s own boss and asked to file a harassment complaint, but was told she could not, and instead, arranged a meeting between plaintiff and senior supervisor in which he instructed supervisor would no longer be a mentor (as she had been) to plaintiff. Further, he ordered supervisor to apologize to the girlfriend’s company, as her complaint to the janitorial company liaison was inappropriate in the circumstances.

Despite the meeting, problems escalated. Errors were wrongly attributed to plaintiff, and poor reviews continued, despite plaintiff achieving pre-established productivity levels. Additionally, senior supervisor retroactively altered plaintiff’s prior productivity hours to indicate she had not been productive, where previously she was. Plaintiff received several performance warnings.

Later at a team meeting, one of immediate supervisors began discussions of her upcoming bridal shower, which included sexually explicit references. Plaintiff asked to be excused, but was told to “deal.”

After this, plaintiff did not return to work, sending a letter to senior supervisor indicating her belief she had been discriminated against based on her sexuality. She was still fired for abandoning her job.

She later sued. (So did her girlfriend, who later settled the claim out-of-court.)

District court granted summary judgment favoring bank, finding there was no material facts on record to prove plaintiff’s case. The appellate court disagreed. It found merit to plaintiff’s assertion the bank used job abandonment as a pretext for wrongly terminating her, and state law makes it unlawful for an employer to engage in LGBT discrimination.