A former high school football coach in Southern California who was wrongly terminated for blowing the whistle on a sexual hazing scandal at a Catholic school will receive nearly $5 million in damages. 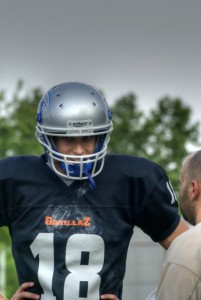 Jurors decided with the coach in his lawsuit and awarded him $900,000 in compensatory damages, and gave authorization for punitive damages. Jurors were set to debate how much those damages should be when the diocese offered $4 million to settle those claims.

The coach alleged he was wrongfully fired, retaliated against and then defamed after he reported hazing at the high school in December 2012.

Plaintiff coached at the school for one season, in the fall of that year. He alleged that just before the winter break, he learned about sexual hazing among his football players. These alleged acts included placing their naked buttocks in the faces of freshmen or slapping freshman in the face with their penises. Freshman were also allegedly forced to touch the genitals of other players.

The coach first contacted the local county child protective services officials, but was told they did not have jurisdiction because the allegations didn’t involve any adults. He then submitted a report to the principal in which he outlined the allegations and indicated he believed this could be a criminal matter.

School officials, at the direction of the Roman Catholic Diocese of Sacramento, responded by asserting the coach allowed the abuse to occur.

The incidents reportedly occurred in the locker room after school, before the coaches arrived.

Leaders of the school argued the coach was thus responsible for these incidents. That assertion – and his firing – happened after the coach threatened to go to the local newspaper if the school didn’t take action. The school did expel five players for what the school described as “punking” their fellow teammates.

Although the coach later secured a job as an assistant principal, he was not able to find another head coaching job – something he calls his passion.

Following a two-week trial, jurors voted 9-3 that the jury retaliated against the coach for reporting the hazing and also committed wrongful termination when they fired him for the same. Jurors also voted 10-2 in favor of plaintiff on his assertion that he was defamed when the diocese issued a news release on the day of his firing, holding him responsible for the conduct of the players.

Following that decision, jurors concluded 9-3 that the church’s actions were taken with oppression, fraud or malice, which entitled him to pursue punitive damages.

Unlike compensatory damages, which are intended to compensate the plaintiff for actual losses, punitive damages are for the purpose of punishing bad conduct by defendant, and serving as a deterrent to make sure it doesn’t happen again.

The dioceses, valued at $110 million, insisted all the actions it took were for the protection of the children and in accordance with the school’s zero tolerance policy.

Originally, the dioceses offered to the settle the case for around $100,000 plus costs, but plaintiff declined that offer, instead proceeding to trial.

As to the outcome, plaintiff has said that it’s fair. Beyond that, it sends a strong message to others that standing up for those who need protection is important, and that employers should not be allowed to fire someone for doing the right thing.