Age discrimination permeates workplaces across California within all industries and income brackets, with one study revealing reports of on-the-job ageism rising 44 percent in the last two decades. Riverside age discrimination attorneys know it’s only likely to get worse as the population ages. People are working well into their 70s and even 80s, unlike generations past, which means there is greater competition for jobs. By 2022, Generation Z will be hitting the workforce, setting the stage for even fiercer competition. 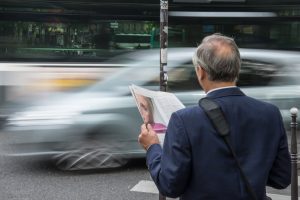 In yet another recent California age discrimination claim, 18 plaintiffs allege they were targeted for their age, wrongly accused of “not meeting goals,” forced to give up client bases (which were then handed to younger insurance agents) and then either wrongfully terminated or forced to resign. One insurance agent was reportedly told he could work until he retired, but that he’d be forced to give up his client base – after 35 years of service as an agent for the same company. Plaintiffs are also alleging they were wrongfully characterized as independent contractors, despite the fact that the company controlled nearly every aspect of their daily work (a significant factor in the determination of whether someone is or is not an independent contractor).

The federal Age Discrimination in Employment Act (ADEA) offers protection for workers over the age of 40 from workplace discrimination based on age. Despite this, officials with the Equal Employment Opportunity Commission referred to the problem of age discrimination as an “open secret,” and has vowed to target the issue aggressively this year and perhaps beyond.

Many companies profess their dedication to workforce diversity and inclusion, yet too often overlook the fact that this also includes older workers.

There are many ways businesses commit age discrimination, starting in the very beginning with the recruiting process. For instance, companies in their recruitment advertising will carefully pepper their ads with words like, “fast-paced,” “energetic” or even “recent college grad.” The hiring practices can also be discriminatory against older workers if they target platforms known to be frequented almost exclusively by younger workers. Many seniors are savvy to technology, but companies will focus on certain social media platforms or job fairs at colleges to lure younger workers.

Riverside age discrimination attorneys know some industries are more blatant in their ageist practices than others. Technology companies, for instance, have long grappled with this problem.

Age discrimination can be red-flagged if an employee hears regular comments about them being “over-the-hill” or “you sound really old on the phone” or that you’re “behind the times.” Many employers are careful to avoid this, but it does still happen. If you notice this occurring, take it as a warning and start documenting everything. So long as you can complete the tasks required according to your job description, age is not a lawful factor in firing.

These unlawful practices can also occur when it comes to promotion opportunities. If you’re passed up for prime assignments or benefits that are instead passed on to younger, less experienced colleagues, this could be age discrimination. Another tactic along this same line could be an employer assigning an older worker a disproportionate number of the difficult projects or lower-paying cases while handing the plum assignments to more youthful employees. Similarly, if you are subject to adverse employment action for something that younger co-workers get away with, that too could be age discrimination.

Why ageism is the most ‘acceptable’ form of workplace discrimination, Dec. 15,2016, By Valerie Bolden-Barret, HRdive.com