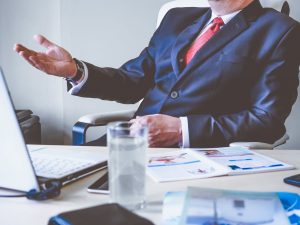 As noted in the 2018 story, the company reportedly (as indicated in at least one internal company record) intended to attain the “correct seniority mix.” Former employees – including this one – allege these practices flouted federal and California age discrimination laws.

The company stated in a separate filing that the layoffs were “unremarkable” and that the government agency had only wanted to the data to determine whether workers qualified for a federal program that provides assistance to those who have lost their jobs as a result of foreign competition.

Meanwhile, the firm is facing lawsuits over alleged age discrimination in California, New York, Texas, New Jersey and North Carolina. It’s not the only one. Other large tech firms such as Uber, Google, Yahoo, Facebook and Amazon have dozens of similar complaints also. What complicates the cases against IBM is that the company required workers who wanted severance pay to sign an arbitration agreement, foregoing the possibility of a potential court case and instead compelling private, individual arbitration – a process any Los Angeles age discrimination lawyer knows rarely works in favor of the employee. The legality of that waiver reportedly has not been challenged.

Another issue is that federal statute requires such claims need to be acted upon within 300 days. Of the approximately 500 former employees with the company who might otherwise have been eligible for to join a class action lawsuit, only 20 percent had possible claims that were still timely.

This executive’s claims are largely in line with what ProPublica reported on last year through documents and interviews with other former employees. She alleged managers at the company flagged employees for layoffs, but before telling them, encouraged them to use the internal system to look for other open positions – but then threw up road blocks to make it impossible for older workers to land those jobs.

This executive is not yet a plaintiff in any lawsuit, but an attorney told ProPublica she likely will become one.

Ex-IBM Executive Says She Was Told Not to Disclose Names of Employees Over Age 50 Who’d Been Laid Off, Jan. 29, 2019, By Peter Gosselin, ProPublica