Wage theft is a serious problem within many varying industries. 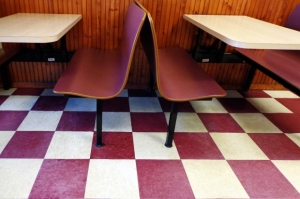 It’s worth noting there is an overall increase in wage-and-hour lawsuits, due to a combination of factors that includes workers becoming more aware of their rights, more active state and federal regulators and advanced technology that allows employees to conduct work remotely at any time of the day or night. Some of the litigation has focused on:

An increasing number of recent instances have involved franchise operations have been at the center of the allegations.

One of those was the case of a New York-based franchise of Papa John’s pizza company, which was ordered by a judge to pay almost $800,000 for underpaying workers their hourly wages and also wrongly denying them overtime.

The case was brought by the state attorney general just two months ago, with allegations of wrongdoing spanning the last six years. In many cases, the franchise was accused of rounding down to the nearest whole hour. Also, certain workers were given managerial-type titles, such as “head driver,” in order to avoid paying them overtime hours – even though those workers had very little supervisory duties.

The attorney general is still weighing whether to take action against the national franchisor for the actions of its franchisee, but is waiting for a decision from the National Labor Relations Board on a similar case involving a McDonald’s franchise employment lawsuit.

In another case involving a fast-food franchise, a Subway sandwich franchise in Washington state is accused of inventing fictionalized employees on the books to avoid paying the real workers their due overtime pay. For two years, it’s alleged, the franchise paid workers as if they were multiple employees, thus keeping each worker under the standard 40-hour work week. Each worker received multiple paychecks each period. Additionally, workers were reportedly paid $1 less hourly than the federal minimum wage standard. In some cases, workers were denied paychecks altogether for work completed shortly before quitting or getting fired from the store.

Per the Fair Labor Standards Act, most workers who put in more than 40 hours weekly are entitled to receive time-and-a-half pay for those more than 40 hours. The U.S. Department of Labor has estimated approximately 70 percent of employers don’t fully comply with the regulations set forth in the FLSA.

A recent analysis of wage-and-hour lawsuits reveals there has been a 32 percent increase in these type of filings in federal courts from roughly 6,100 in 2009 to nearly 8,100 in 2014.

Our wage-and-hour attorneys don’t believe there are necessarily more violations occurring as much as workers now have a better understanding than ever of their rights. Plus, in 2009, the country was in the midst of an economic crisis, and many workers didn’t want to risk their jobs by complaining of labor law violations. Many companies knew that, and took advantage of it.

Now, as the economy has stabilized, workers are in a better position to take action when they aren’t treated fairly, as the law required.