The Chicago Public School System recently came under fire after it was alleged a number of teachers were fired on the basis of their pregnancies. A federal discrimination lawsuit has been filed. 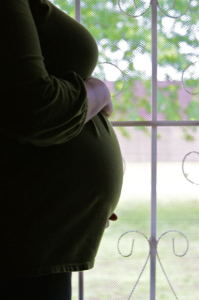 The district staunchly denies this assertion, insisting the teachers were let go as a result of performance ratings, and that lay-off determinations were consistent with the necessity of business. The district further asserts the lawsuit has no merit because there is no pattern of discrimination when all employment decisions stemmed from non-discriminatory, legitimate reasons.

However, the U.S. government asserts otherwise, noting that in the course of three years, the district took adverse employment action against eight teachers who were either pregnant or who had just returned to work after pregnancy. The disparate treatment those individuals suffered included poor performance evaluations, where previously their records had been stellar.

Discrimination on the basis of pregnancy is a form of gender discrimination, as only women can become pregnant. Although pregnancy is not a disability, there are times when doctors may order reduced or restricted work loads in order to ensure the health of mother and child.

But as is often the case in these scenarios, employers attempt to find other “legitimate” reasons for adverse actions, even when the underlying reason truly is the pregnancy. States vary on the burden of proof necessary in these cases, but generally, one must show the negative action was substantially motivated by a protected characteristic (in this case, gender).

In California, pregnant women and/or new mothers may be entitled to four months of leave, plus an additional 12 weeks of bonding time. That time may not be paid, but women are entitled to it – something that some employers may resent or not fully recognize.

The Pregnancy Discrimination Act of 1978 makes it illegal for companies to fire workers because they are pregnant, but many still don’t understand that.

In the Chicago case, the school district conceded that while the adverse employment actions did statistically impact more pregnant women and new mothers, it was not discrimination because it was motivated by other reasons.

While trial is pending, settlement discussions are ongoing.