California age discrimination is the target of a new bill passed by the state Senate that would allow actors and actresses to keep secrete their ages from certain websites. In particular, the Internet Movie Database, which is frequently used by casting directors in both the television and film industry, has been cited by actresses and actors who have been turned down for roles on the basis of what they suspect is their age. 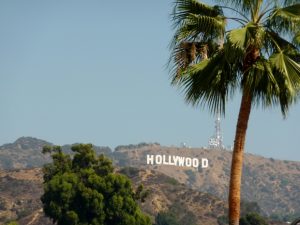 Sent. Bob Hertzberg (D-Van Nuys) is supporting the measure, AB 1687, by saying that older actors are often subject to age discrimination when they are seeking their next role. The bill is referred to as the Customer Records: Age Information: Commercial Online Entertainment Employment Service Providers. The bill was first introduced to the Assembly in April before being amended in May and then sent to the Senate, which has amended it twice, most recently Aug. 2, 2016. Now that the latest version has been passed by both the Assembly and the Senate, it now goes to the governor’s office for final approval – or veto.

Hertzberg cited the example of former “90210” actress Gabrielle Carteris, who was 29-years-old when she auditioned for the role of a 17-year-old girl. She landed the part, but the casting director said at the time, he didn’t know her age. If he had, he later said, he would never have given her the role. Hertzberg says this is a perfect example of how the easy accessibility of an actor’s age online can work against someone who is talented and otherwise qualified for the role.

Hertzberg went on to say that some casting directors forget that actors are hired to play a certain age range – not be a certain age range. Refusing to give someone a job solely because of their age is age discrimination, but it’s often overlooked in Hollywood, where there is a major emphasis on youth and appearance.

The bill was requested by the Screen Actors Guild, and if the governor signs it, actors, actresses and directors will be allowed to request their age be removed from sites that provide employment services. The bill will require those websites to remove the information within five days, or else face sanctions for failure to do so.

The Senate vote was divided along party lines, with Republicans voting against the measure. Those who opposed the measure said actors are already protected against age discrimination with existing laws. Others said they failed to understand “what’s so sacred about celebrity birth dates,” noting many in Hollywood are public figures and that information is going to readily available elsewhere.

The bill was drafted and introduced by Assemblyman Ian Calderon (D-Whittier).

Age discrimination is especially a serious problem for female actors. While male actors may have a wealth of opportunities regardless of their age, leading ladies tend to “age out” around 30 (aside from the Helen Mirrens and Meryl Streeps of the world). Numerous leading ladies have spoken out about ageism and sexism in Hollywood in recent years. For example, Maggie Gyllenhaal revealed she was recently at the age of 37 told she was too old to play the love interest of a man who was 55.